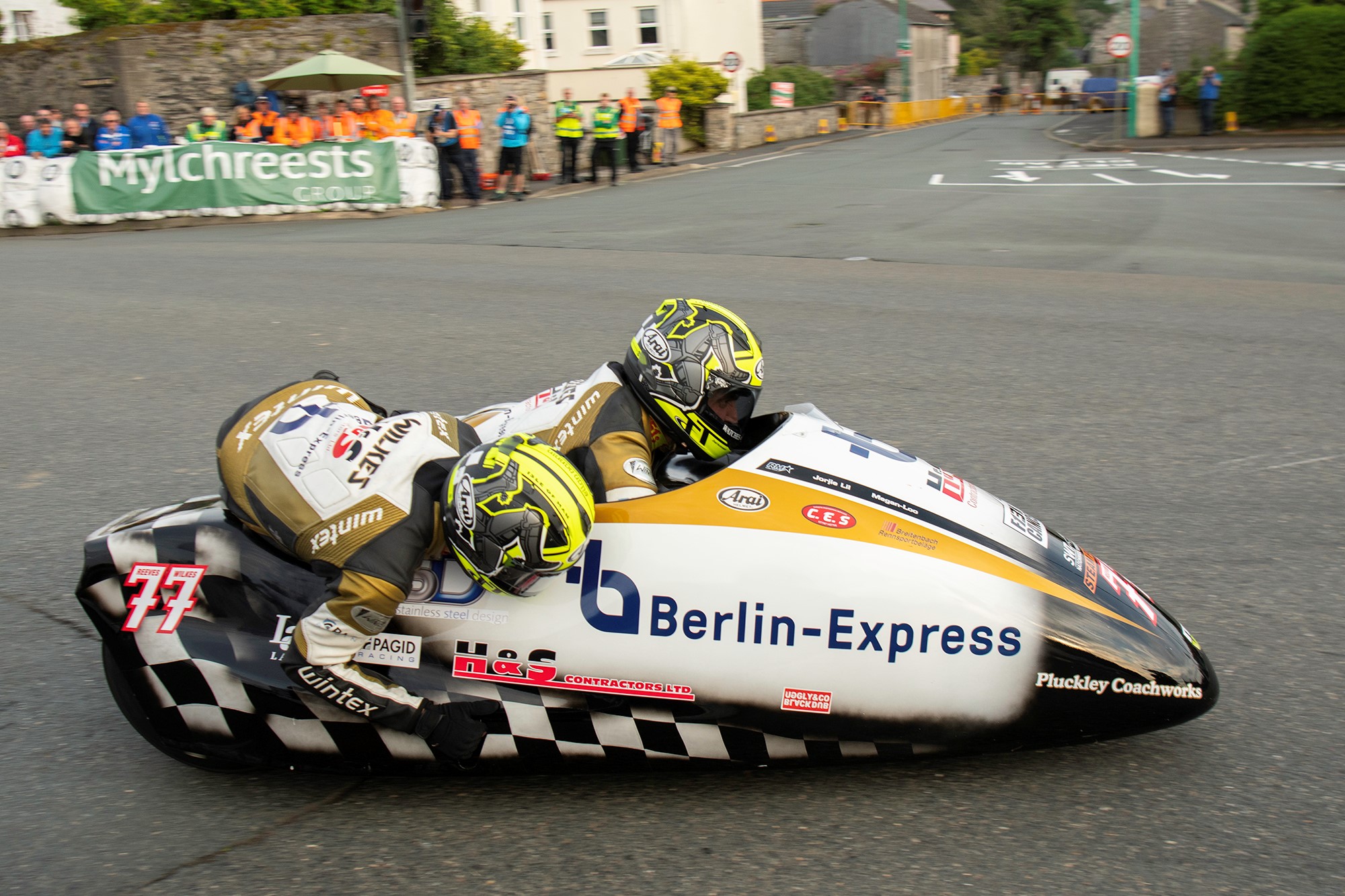 Looking back on their latest TT campaign, like all competitors they gained a modest of track time during practice week, largely due to the persistent inclement weather.

Despite the obvious disappointment, they went into the second Locate.im Sidecar race, quietly optimistic that a strong result was on the horizon.

They went onto finish leading Yamaha powered competitors, placing a very creditable fourth, along the way lapping in excess of the 113-mph lap mark. 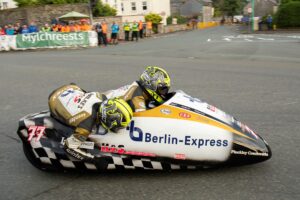 Back on Manx shores in July for the Southern 100, Reeves/Wilkes latest Billown course tenure proved on the whole pretty productive.

Their defence of the coveted feature Sidecar Championship crown, took an immediate blow with the pair given a ten second penalty for a jump start.

In spite of the plus 10 second timing penalty, Reeves/Wilkes following the early race issues battled their way rapidly up the order, to be in contention for a respectable finish.

Ultimately their challenge would conclude on the sixth and final lap, as engine problems took centre stage.

Although results on the whole from TT/Southern 100 competition might not have been what they wanted, it’s still been a great year all round racing wise for new World Champion’s Reeves/Wilkes.