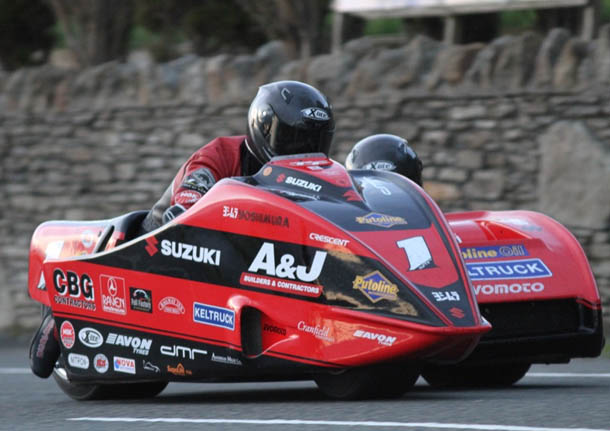 Having encountered reliability issues in opening Sure sidecar encounter, they would go onto enjoy a quite memorable second sidecar race at this years TT Races.

This though was not the main highlight of the race for Dave and Benjamin. The stand out moment was setting a new outright lap record of 116.785 mph, a truly magnificent achievement. 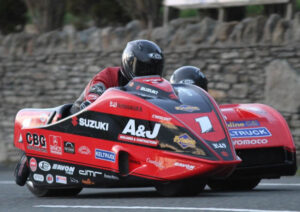 Only other roads action of 2015 for the duo which has a mixture of youth and experience, was at the season opening Spring Cup National Road Races at Oliver’s Mount.

Looking to 2016 Dave Molyneux is teaming up with Dan Sayle for TT 2016, competing in a Klaus Klaffenbock backed, Honda powered outfit.

Whilst for Benjamin Binns he’s set to team up with Dwight Beare, as he bids to further enhance his reputation as one of the leading sidecar passengers at TT Races.