There’s set to be a new road race in mainland UK next year, with the recently announced revival of competition on the Eppynt course, which last held high level roads action back in 1953.

Promoted via the tagline ‘Road Racing Like You’ve Never Seen It’ like the TT, Manx GP and Classic TT, races will take place against the clock around the 5.25 miles long Brecon Beacons based course.

Riders will start in groups of two across ten second intervals whilst classes confirmed to be represented at the UK’s newest roads event are Ultra Lightweight 125/250, Supersport, Super Twins, Zero Electric and Superstock.

In future years, organisers hope to include Sidecar and Classic machinery races, as part of further endeavours aimed to increase the prestige of the event.

The newly formed Eppynt Welsh Road Races which will have none other than Aberdare Park Chairman Derek Smith amongst it’s organisation, are scheduled to take place next year from the 4th to the 5th of August.

Riders linked to participating at what will essentially be the UK’s equivalent of the TT Races, include world’s fastest road racer Dean Harrison.

Additionally fellow road racers such as experienced Manx GP and Oliver’s Mount specialist Rad Hughes, Davy Graham, York’s Joe Thompson and Brian Greenfield have all expressed an interest in venturing over to Wales. 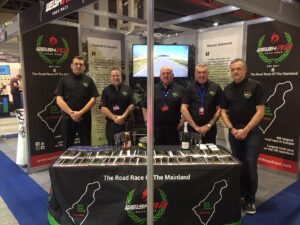 “The Welsh Road Race is the culmination of an idea from a collective of Road Racing Fans. An idea inspired by the Welsh TT, to stage again, a motorcycle road race on the public roads of the Brecon Beacons.

The passion of the Board of Directors for road racing, is coming to fruition, and will lead to an academy offering safe training facilities of any age.”