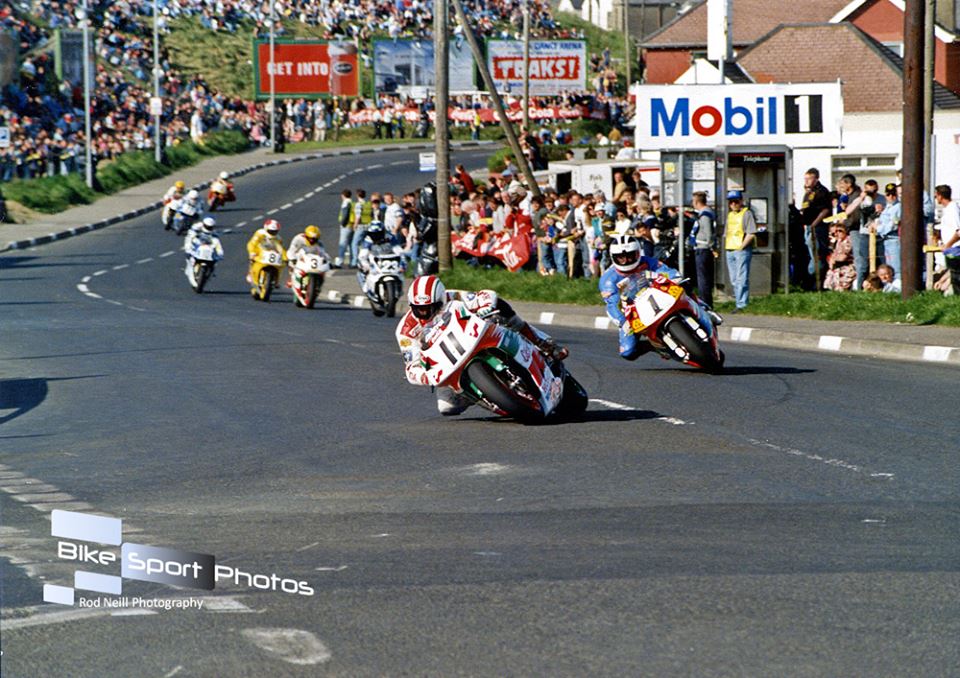 The 1990’s at the North West 200, marked one of the all time great decades of pure road racing competition at the Giant Causeway based meeting.

The feats of roads legends a plenty, are showcased in full via the documentary ‘The History Of The NW200, Highlights Of The 1990’s’.

At the start of the decade, in 1990 and 1991, Robert Dunlop dominated the Superbike encounters, on the factory JPS Norton.

In 1992 Phillip McCallen recorded five wins in a day, a feat still unsurpassed. The following year would see Carl Fogarty at last time claim a maiden victory around the Triangle. 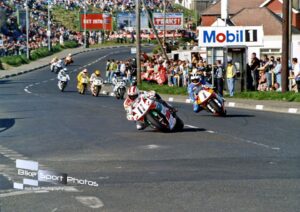 1994 would see Robert Dunlop make it six Superbike wins in five years, following first class performances on the Medd Honda, whilst the surprise runner up in both races was Iain Duffus.

Over the next five years, New Zealander Robert Holden, Ian Simpson, Michael Rutter and David Jefferies all secured Superbike victories, whilst an ever present near the front across all classes was the legendary Joey Dunlop.

Colin James film, is a must for fans of Northern Ireland’s biggest sporting event.

It showcases many of the most momentous moments in the history, of one of real road racing’s jewels in the crown.

Fittingly the end of the film, sees Robert Dunlop named rider of the decade, not only cause of vast amount of wins, but also cause of his heroism and determination to return to action following a high speed incident in the 1994 Formula 1 TT.