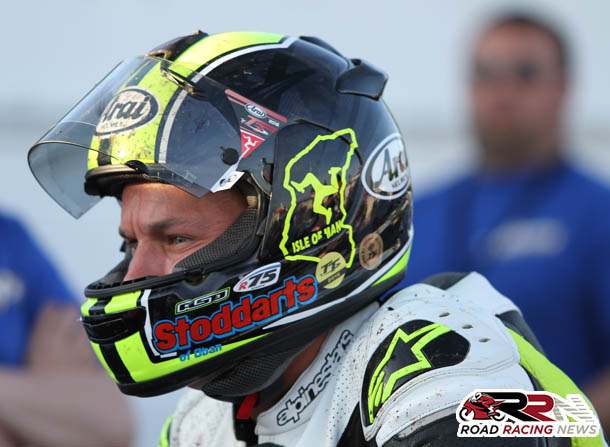 Undoubtedly amongst the leading Scottish pure road racers of the 2010’s, Stoddart Racing’s Robert Wilson is the next racer to take part in Road Racing News, ten questions challenge.

Robert’s answers to the popular series of questions, are as follows:

“I would probably say the Cookstown 100 meeting. It’s normally the first outing on the roads which is good to blow the cobwebs away, and the circuit is fast flowing and has a bit of everything in it.”

“Favourite bike has to be my current R6, although previous to this bike we had a Kawasaki which too was a really nice bike to ride.”

“Best part for me about racing on the roads is the length of time you are on the bike compared to short circuit racing.

The race circuits normally consist of longer laps resulting in more time in the seat. Also, road circuits can be very fast flowing between brick walls/hedges etc, which amplifies the sensation of speed and that’s the part I love!” 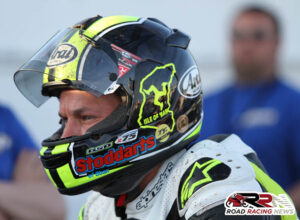 “Has to be the TT for me. If I could only do one race then it would be the TT.

The length of lap, speed, course, having to make pit stops during your race, getting out on the bike every night for practice (weather permitting ), everything about the event appeals to me.

It is very well organised event, and the organisers are so helpful and accommodating during the run up to the event and during it. Lloyd the paddock manager is a true gent as are the rest of the event team.

Ulster GP is also a great event and I do enjoy competing at this circuit too.”

“Present I would say either John McGuinness for all his achievements he has tallied up during his career, and still remains one of the top riders out there, plus Ian Hutchinson for his remarkable results of 5 TT wins in one year and then coming back from his injuries to be a winner again.

Both are really nice guys too and it’s a privilege to race with them (or at least in the same race as them). Yesteryear hero would be Phillip McCallen for his results and riding style.”

“I think a good fast flowing road circuit on the UK mainland would be good.

However the typical UK weather is so unpredictable, that maybe somewhere with a better climate would be good. Some of the F1 street circuits might have the potential for a good road race?”

“Supersport, I love riding my 600 and just feel more comfortable on the smaller bikes.

The Superbike is such a handful and so much less forgiving. Although I do love the increase in power the bigger bikes have compared to the Supersport machines.”

“Pole position I guess, gives you a better advantage for the forth coming race.”