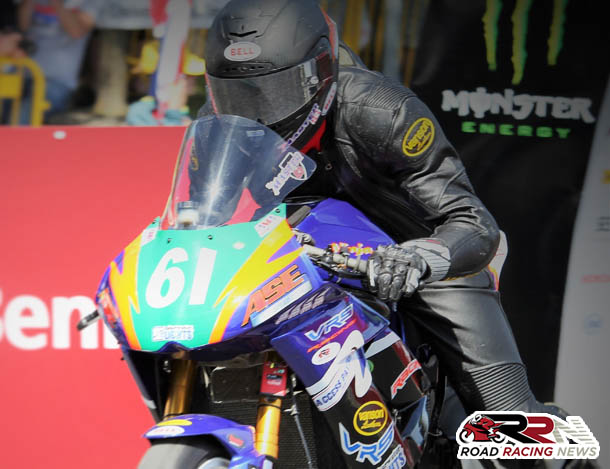 The sole American competitor at the TT’s of 2017 and 2018, fifth within the Newcomers B Manx Grand Prix of 2015, Arizona based Pete Murray is the next rider to take part in Road Racing News, ten questions challenge.

Since 2015 part of Robbie Silvester’s VRS Racing teams Mountain Course expeditions, his answers to the popular series of questions, are as follows:

“I’ve not yet been able to scheduled a trip over for a national, but would really like to have a go at Kells. Intimate event with high speeds, big jumps, tight racing, sounds perfect.”

“The combination of physical and mental challenge.”

“TT: the length of it makes it an incredible challenge and the staggered start pits the rider against the course, rather than the other riders.”

“Sorry but, at this point, I’m my only real rival. I have a long way to go before I can concern myself with anyone else.”

“The answer to this is always the same: It says it in my profile for the TT; every time that tap comes on my shoulder on Glencrutchery Road.

It’s as though, with that tap, the gentleman has noticed every care, concern, or worry I have in the world sitting there on my shoulder like so much lint, and he’s been kind enough to brush it off.

It’s also the ultimate calm before the storm. I’m completely relaxed in that moment and then, BANG!” 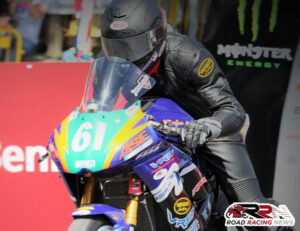 “My home, Phoenix Arizona. There is a route from a town just east of Phoenix called Apache Junction.

It leads out to an enormous dam called Roosevelt, to another town, Globe, and back to Apache Junction. Gorgeous scenery, sheer cliffs, historic and uniquely named towns, amazing weather, and so much more, perfect.”

This is a guy who could have packed it in any number of times over the years and he absolutely refuses.

For a competitor to regroup after being torn from the seat he loved, and give of himself to the community, is the ultimate expression of selflessness.”

“Superbike: the ultimate incarnation of the breed, honed to perfection.”

“Pole position: it combines the ultimate expression of a rider’s personal ability to meet the challenge of putting together the perfect lap under a given set of conditions, and puts the rider in the best position to accomplish the true overall goal, winning.”