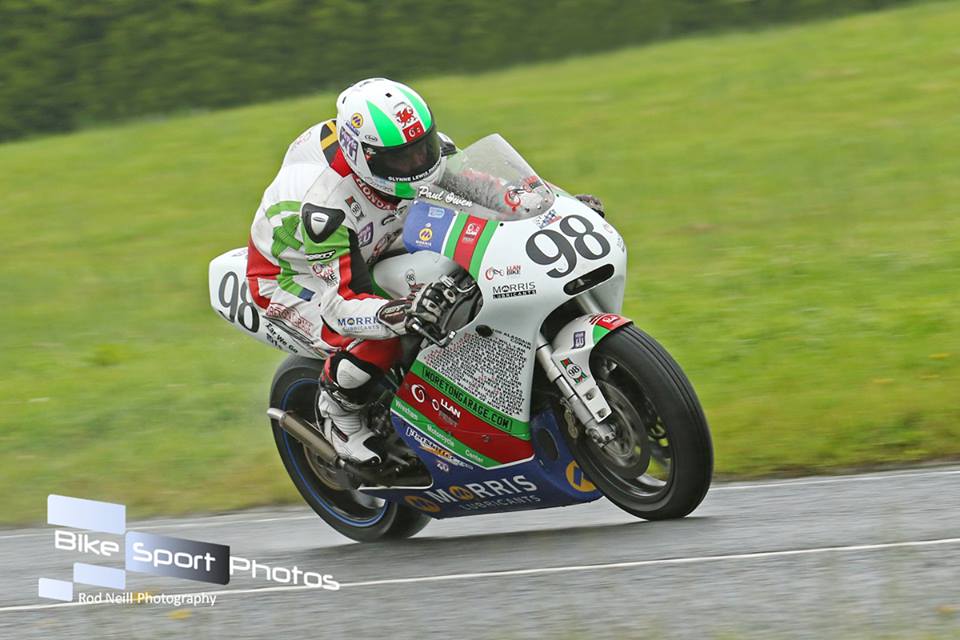 Known to many as ‘Moz’ and synonymous with the number 98, Oliver’s Mount, Ulster GP, North West 200, TT, Aberdare Park stalwart and all round good guy Paul Owen, is the next rider to take part in Road Racing News, ten questions challenge.

A Mountain Course debutant in 1996 at the same time as future TT greats John McGuinness, Bruce Anstey and David Jefferies, his answers to the popular series of questions, are as follows:

“Favourite national must be the Ulster GP and Classic TT but Tandragee was very enjoyable.”

“My favourite bike has to be my RS250 Honda. I’ve owned and raced it for 20 years now. It’s like a old pair of slippers but the Honda CBR 1000 Fireblade Superbike comes a very close 2nd.” 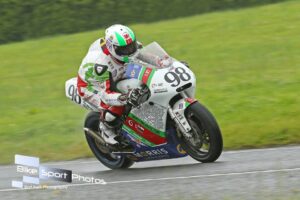 “The best part of racing on the roads is the challenge of pushing yourself, and the thrill of the high speeds between walls and hedges.

I used to do supercups (BSB now) and lots of short circuits but got bored with just going round and round lap after lap. Plus the paddock is friendly and riders help each other on the roads.”

“Well it has to be the Ulster as its a racers track, the North West 200 has to many chicanes for me.

It’s all start stop and the fastest bike on the grid normally wins. Were as the fastest rider can win the Ulster. And 2018 will be my 25th consecutive year racing at Dundrod.

The TT is equal to the Ulster GP, but it’s a personal challenge as you aim to beat your lap time from the previous year, and 6 laps and 2 hours on a Superbike makes even more of a challenge.”

“My most respected rivals. There’s been many in my 27 years racing. But I suppose the late Paul Dobbs was and also Phil Harvey, even though we were team mates there was nothing between us for many years.”

Second at the Southern 100 within the 250cc race of 2003. Winning the Phil Mellor and Gary Dynes 2 stroke memorial trophies. To be honest there’s to many to mention.”

“I’d love to see a road race around Llangollen were I live in North Wales.

Over the horseshoe pass and looping through Corwen back to Llangollen. The roads are fast and wide. It feels like a mini TT to ride with such great views. I suppose it’s where I cut my teeth as a young teenage lad on my Yamaha TZR 125.”

But McGuinness, Anstey, Lougher and Rutter are the present day riders I admire the most, as there still the cream of the paddock and can pull wins out the bag when they need to but look so smooth and fast.”

“Superbike over the 600. I’ve raced many but the Honda Fireblade is the best so far.”

“Pole position is always nice to get, and I’ve had many but it’s the race that counts and to get a fastest lap means it’s always in the record books.”