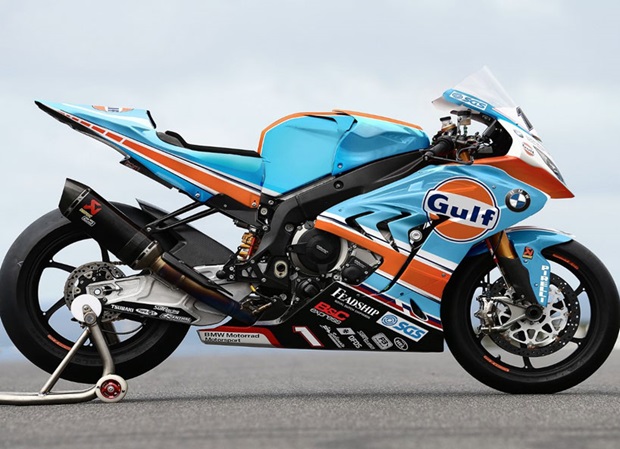 Not part of the international roads fraternity since 2015, former BSB championship winners SMR, new look roads set up will see them run under the Gulf BMW banner, having gained backing from the oil company that is synonymous with motorsport fans worldwide.

Additionally set to participate aboard the SMR/Gulf BMW’s at the North West 200, new team employee David Johnson recently expressed his excitement at what will be a fresh new challenge for the Adelaide racer, who in recent years has formed part of Norton’s works TT set up.

“I’m very excited to be back racing on a BMW with the full technical support of SMR and BMW Motorrad Motosport. The bikes will be as good as they can possibly be, and I am confident this package can push me to the next level at the TT.”

We also have the exciting challenge of the North West 200 before the TT. It will be my first competitive outing on the Gulf BMW so there is a lot of preparation to do, but I can’t wait to see what the team can do.”

The likeable Aussie who’s lapped the Mountain Course at an impressive 131.595 mph, went onto add:

“We have a full testing program scheduled in early 2018 so we will definitely hit the ground running come first practice at the 2018 TT races. 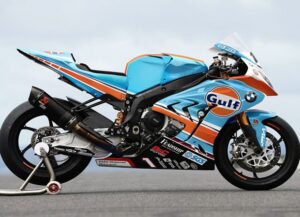 “SMR and Gulf Oil International have joined forces to deliver this exciting new project with the BMW S1000RR, which has a proven winning record around the Isle of Man TT Mountain Course in both Superbike and Superstock trim.

Both parties are currently in partnership with SMR’s World Superbike team and this relationship has been developed with a view to a long term roads campaign.

The Gulf BMW team is partnered by SGS, Feadship, Matseco USA Inc, Akrapovic and B&C Express. With a strong team effort and the level of support the team has attained over the winter, we are confident we can do our sponsors justice and also provide Davo with competitive bikes in both the Superbike and Superstock categories.

The team will begin testing in Spain on 12th March, which will be a very important period for us.

We know what the bike is capable of and what Davo can do, so we are looking forward to some track running and to the beginning of the new Gulf BMW road racing campaign.”