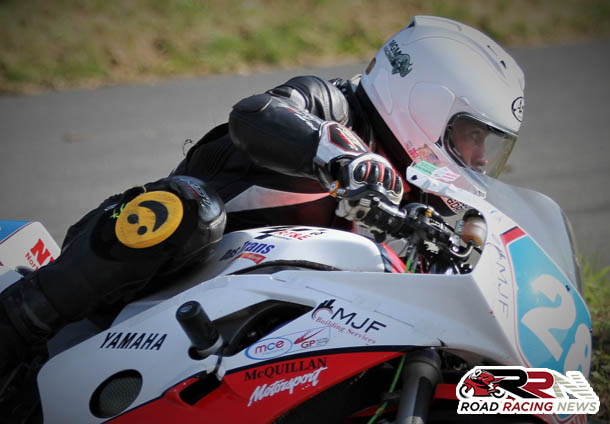 Crowned last year Irish road race 400 champion for the first time, the roads stalwart that is Paul Gartland, is the next rider to take part in Road Racing News, ten questions challenge.

Fifth in the Newcomers A Manx Grand Prix of 2007, his answers to the popular series of questions, are as follows.

“The buzz, riding a closed road in full attack mode. Especially the back roads, the more jumps, humps the better. There is nothing else that comes close to that feeling. And it’s legal!” 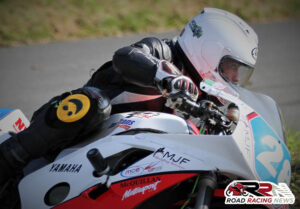 “I know I am a fan of the smaller tight bumpy stuff but once you learn and get a flow around Dundrod (Ulster Grand Prix), it’s an awesome track and the club are great. They look after the wee one man band racer right up to the likes of TAS the same. No silly one make fuel deals there!”

“I respect all my fellow riders. The slowest guy is trying ever bit as hard as the fastest man. Lap times may be world’s apart but the effort is the same. Maybe even more for the guy who is last.”

“God there has been so many awesome times and memories, but probably finishing 5th in the Manx GP newcomers race.

I had been supposed to race it the year before and got a start number of 3 or 4 but didn’t go, cancelled my entry as it was a last minute thing not to go, and then the next year I was given a start number of 53.

I think I was 5th on corrected time but also the 5th bike home. Conditions were bad, and I like the wet and it was traffic the whole way.

That was nice pulling in after the race into the holding area and counting the bikes and thinking, my god I passed 40 plus people.”

“Jersey maybe, great roads, tax free, or nearly. Good weather and easy to get to.”

“Simple Paul Cranston! Never crashes. Rides as hard as an 18 year old old with no school the next day, and is grass roots.”

“Superbike, love the big bikes. Lap times are nearly the same but riding a 200 BHP machine on a back road, well, that’s why we keep going back for more!”

“Fastest lap for me. Should be the other way around but I prefer seeing who was the fastest of the fast, when he/she had a clean run at it.”