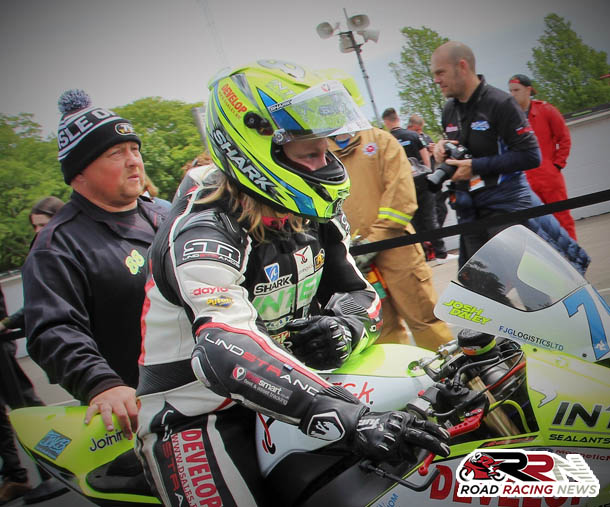 One of the youngest racers in history to compete at the TT Races, Wigan’s Josh Daley is the next racer to take on Road Racing News, ten questions challenge.

23rd in last years Superbike Classic TT, Josh’s answers to the popular series of questions are as follows:

“Favourite racing bike has to be my new ZX10RR, had a couple of race meetings on it at the end of the 2017 BSB season, love how fast it is and how well it handles!”

“The best part for me is the sense of speed you get by racing on the roads, with everything so close and going through corners faster than you would on any short circuit.

The technicality of road racing I love as well, for instance how in some sections one corner, can determine your line for 4 corners ahead.” 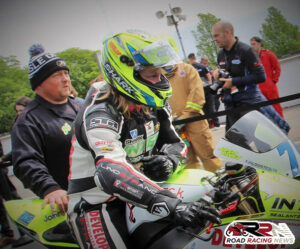 “I would love to do the North West 200, but for a privateer team on a pay as you go budget, it’s hard for us to be able to commit to it as it’s so close to the TT.

It’s a hard one deciding which I like most between the TT/Ulster GP. I love the TT for what it is and there’s no other circuit like it, but also love the Ulster GP as well as its such a fast track!

Gary Thompson and Noel Johnston both do a cracking job putting on such good race meetings!”

“I don’t really have a most respected rival, as I respect every rider who is out there doing the same thing, as I am.”

“There’s a few, I think the first TT anybody completes has to be one of the best moments, certainly is for me.

But one result that stands out for me is my first race at the Ulster GP, in the Dundrod 150 National race, when I finished 4th, was having a great race for 3rd with Jonathan Perry.”

“When I’m driving over Woodhead pass to go to Sheffield when I’m working over that way, I always think this would be a great road to race on.”

“Has to be Joey Dunlop or David Jefferies, lost count how many times I’ve watched the documentaries of them both as I’ve been growing up, and even now.”

“I’ve spent 5 years on the supersport bikes so I feel pretty comfortable in knowing what that bike is going to do, when it’s going to do it etc.

But moving up onto the 1000 it’s the most enjoyable bike I’ve ever rode (ZX10RR Kawasaki), definitely opened my eyes as to how fast they are!”

“Fastest lap is better in my eyes than pole position, it’s all about what happens in the race.

One thing I’m happy about is every race I have done at the TT, my fastest lap has always been on my last lap of each race.”