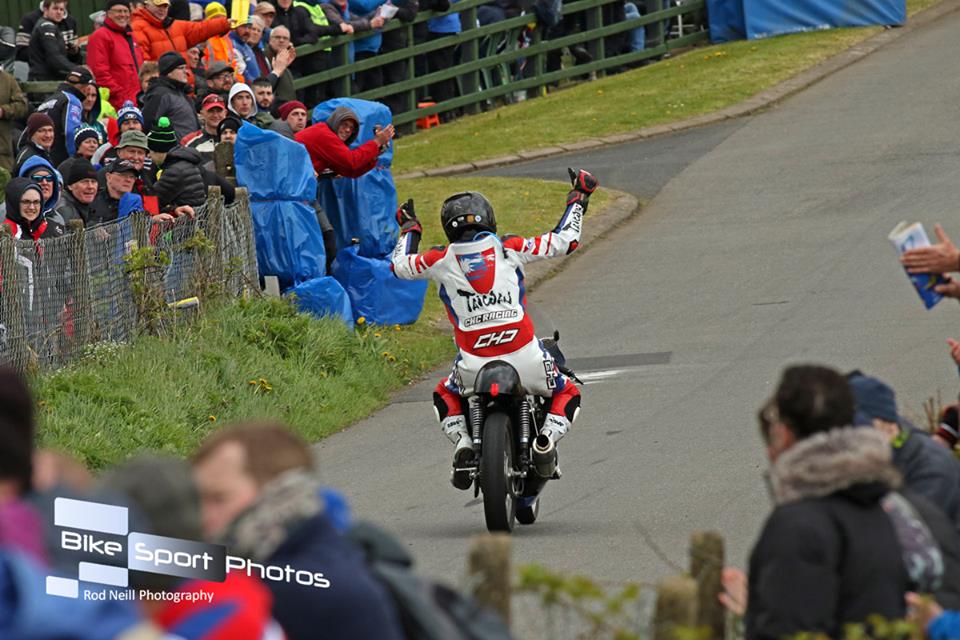 One of road racing’s most popular competitors, his answers to the popular series of questions, are as follows:

“My favourite national roads meeting would have to be Armoy, super awesome circuit and the people that run the job are cool.”

“Favourite race bike would have to be the VTR SP2 Honda. So nice to ride on the Mountain roads, real quick and very rewarding, one of the best bikes ever made.”

“Best part of competing on the roads would have to be the speed, and the chance to attack corners.

By the end of any race meeting, the high speeds you achieve feel comfortable. Also really enjoy the atmosphere in the paddocks, which is awesome.” 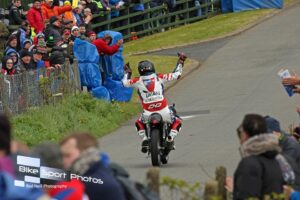 “I would like to say the Ulster Grand Prix, as it’s the best meeting of the year by far, the circuit is brilliant and your surrounded by great people. Also the organisers run the event superbly.”

“That’s a hard one to answer because there’s so many, unbelievable top riders. But for me I would have to say that my most respected rival is, Gary Johnson.”

“My best road racing moment thus far would have to be, at the 2017 Barry Sheene Festival at Oliver’s Mount, watching after racing previously, team mate Davey Todd put his whole energy and soul into the races at Scarborough.

Then going onto see him on the podium, I was so happy for him and it showcases why we go racing.”

“I think Ireland, the Isle of Man and the UK have the best roads circuits in the world, so I don’t think anyone could redo what you’ve already got. But it would be nice to have an event in Taiwan.”

“I have so many road racing heroes, of course Joey Dunlop OBE, and John McGuinness, must add get well soon John.

Also all the racers from the first time I went to the TT, all the people that race on the Mountain Course, deserve ultimate respect.”

“I have to say Superbike, to compete on a Superbike is special to me.”

“I would have to say fastest lap, I’ve never been a happy qualifier but I always gain an advantage off the start line, so my mindset’s always been, never mind what position I am on the grid.”