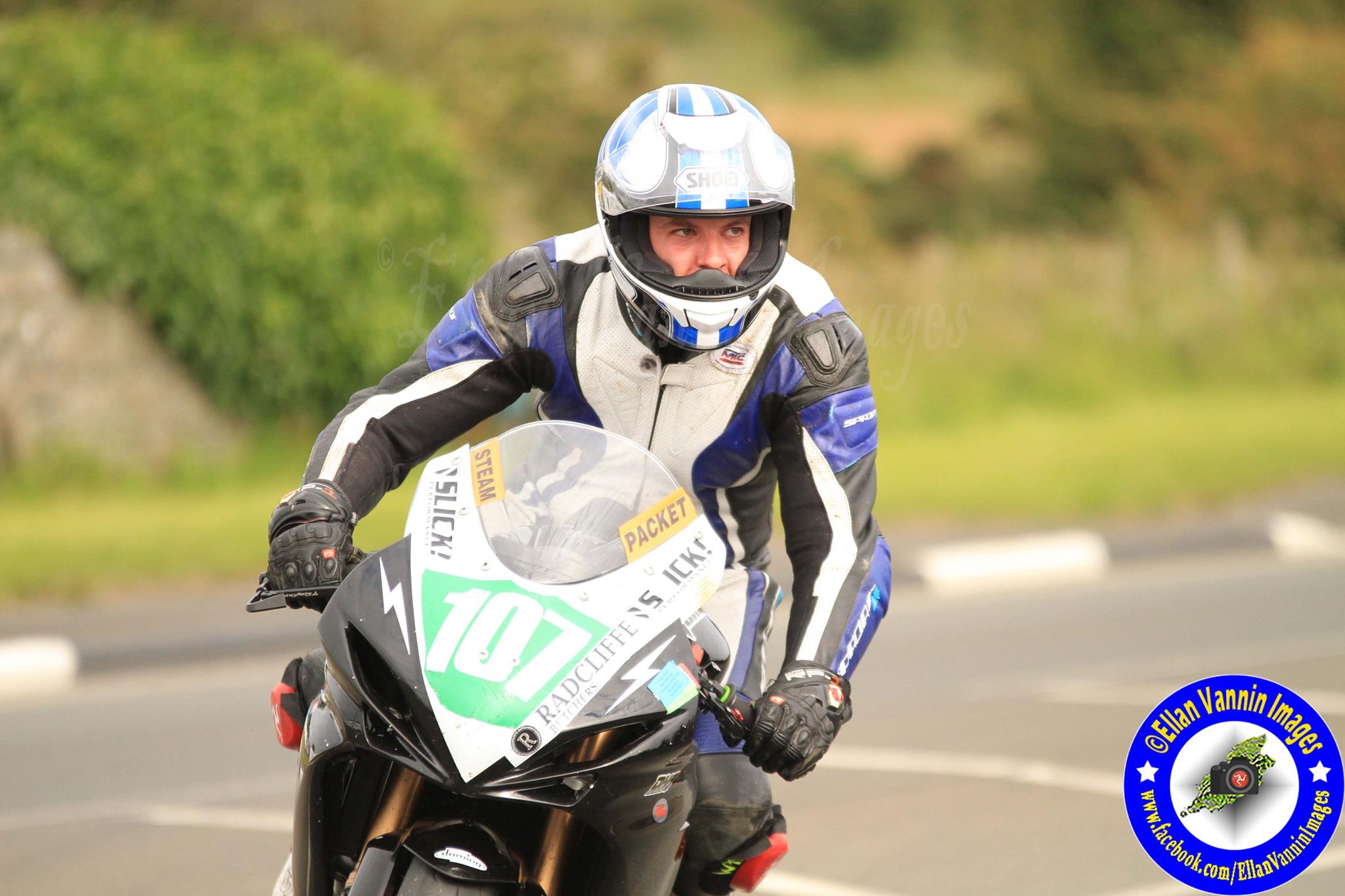 Another ambitious, up coming Manx road racer, James Smith who’s roads CV includes solid, consistent results at Oliver’s Mount, plus a podium finish at the Southern 100, is the next rider to take part in Road Racing News, ten questions challenge.

Set to tackle the Mountain Course for the first time in August at the Manx Grand Prix, his answers to the popular series of questions are as follows:

“It’s hard to choose, I love the build up of going to Scarborough the boat trip and then just the meeting itself, great atmosphere and awesome track.

But I think the Southern 100 only just beats it, a home track, friendly atmosphere and I’ve really just bonded with the track.”

“Has to be my old Suzuki Gladius 650 Super Twin, what a cracking machine. Great fun on the roads.”

“For me, it has to be the fact that it feels naughty in a way. One minute it’s illegal, but close the road and your being waved on and cheered.

Brushing against hedges and walls is scary to be honest, but that turns into adrenaline, everything about it is awesome to be honest.”

“I’ve only been to the North West as a spectator, it was 2010 in the pouring rain in little tents, not the best, but I’ve always had a good TT, the atmosphere, the variety of places to watch, the build up of excitement and just the island comes alive. 100 percent TT.”

“It has to be my first road race podium in 2017 at the Southern 100, in the junior support race, after leading for 90 percent of the race I thought I had it in the bag.

Then out of no where, David Howard overtook me, so we were dicing the whole last lap, he went into a hedge and somehow stayed on and it came down to the line almost, but a solid 2nd, amazing.” 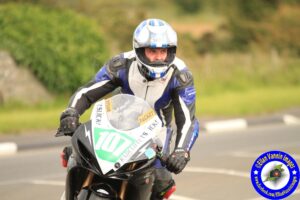 “I’d love to see a road race held in Austria or some where in the alps, beautiful winding roads and it would just be nuts.”

“I’ve recently been reading and riding a classic bike, and I’m shocked to be honest at the speeds the boys back in the day we’re going around the TT circuit on pretty much, crap roads, it has to be Mike Hailwood, and for his awesome come back. I also think John McGuinness is a hero.”

“Supersport, you can ride them to the max, ring the neck of it and make it sing and it’s quick and still a lot of fun.”

“I would have to say, fastest lap, because to me, that means your a contender and someone who’s going to make a statement come the next race on that track.”