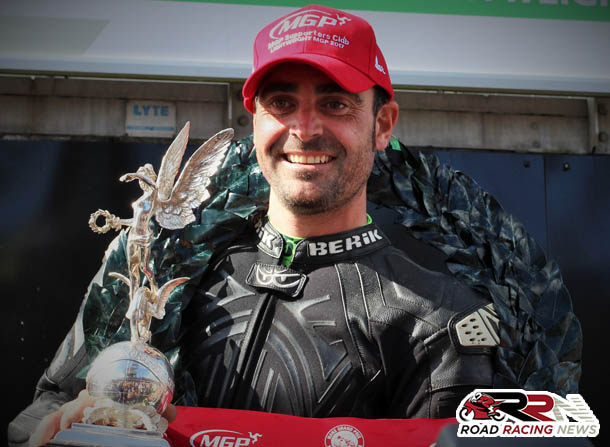 Planning to compete at TT 2018, his answers to the popular series of questions, are as follows.

“Scarborough Gold Cup, great circuit, lots of friends there and the competition is top notch.”

“Probably my ER6 Super Twin. After riding and racing it for the first time at Aintree and surprisingly finishing second on it I was shocked on how well it handled, and you can really ride them hard and feel in control, they are very rewarding to ride fast.”

“The fans respect for what you do and the sheer exhilaration for racing between the walls and trees, racing at Skerries for the first time last year was just magical.”

“Ah I can’t choose, TT for the spectacle and the Ulster GP for the ride!”

“Paul Owen however we don’t race each other anymore, but I remember beating him for the first time at Scarborough I was elated, he he!

However seriously Barry Lee Evans because he said me ha ha. No it’s the moments I’ve shared on the Manx GP podiums with Barry and he’s a great lad in fact so is his dad John, lovely fella.!” 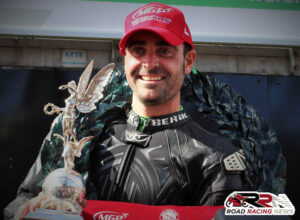 “Finishing 2nd in the 2017 Junior Manx GP then going out an hour later in the Lightweight Manx GP, and Winning it, best day ever, erm apart from my wedding day of course!”

“Longton Village near me, I’ve already done a few laps in the van, me and Mutley in the pub have already planned where we’d put the paddock and start line.”

“Carl Fogarty I reckon, top racer of his time, so committed and he came to my pub to help me celebrate winning the Manx GP ‘off his own bat’.”

“Supersport as I weigh 3 stone wet through, but I’m looking forward to having another swing at a Superbike in the future.”

“Pole Position as I remember getting my first Pole at Silverstone on a GSXR 1000, when I was 23 on a brand new bike on a circuit I’d never been too, I still bore people with that tale to this day ha ha!”