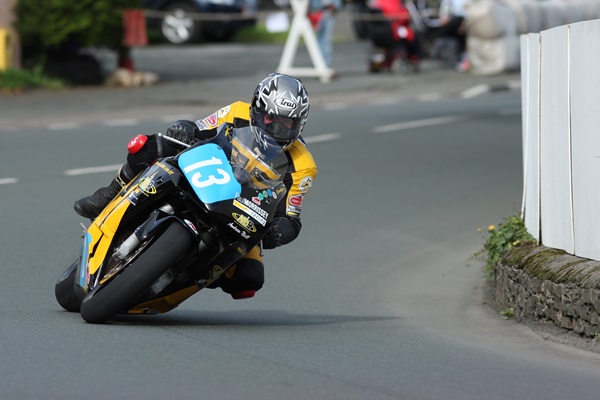 2009 Ultra Lightweight Manx Grand Prix winner, becoming in the process the first woman to be victorious on the magical Mountain Course, a true Manx roads legend, Carolynn Sells is the next rider to take part in Road Racing News ten questions challenge.

Carolynn’s answers to the popular series of questions, are as follows:

“Oh that’s tough! Tandragee for the circuit, Skerries for the craic, but I did love the Jurby Road Races in the Isle of Man too, nice and fast.”

“The thrill of going fast between the hedges, nothing beats that and the people. I’ve had some great times with some great people over the years!”

“TT circuit. I never raced the TT, although it was my intention to before I retired, but I wanted one more crack the the Manx Grand Prix after crashing out of 3rd in 2008. I’m glad I did, because I got the win!

The North West 200 circuit bored me to tears and I never got to do the Ulster GP, because it was too close to the Manx. I know I would’ve loved it though.” 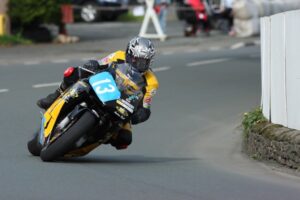 “Lots of them, particularly those I raced closely with at any one time.”

“Winning the Ultra Lightweight Manx Grand Prix in 2009, without a doubt! I’m pretty proud that I’m still the fastest woman at 4 Irish roads events too, and I’ve not raced there since 2008.”

“Yes. Bringing back the Jurby South Road Races in the Isle of Man. We fought hard to keep that for club riders years back and I’m still so disappointed that it’s gone.”

“Pole position. Fastest laps can be beaten, but winning is always there.”

Viewpoint: Ulster GP An Event All Roads Fans Must Attend