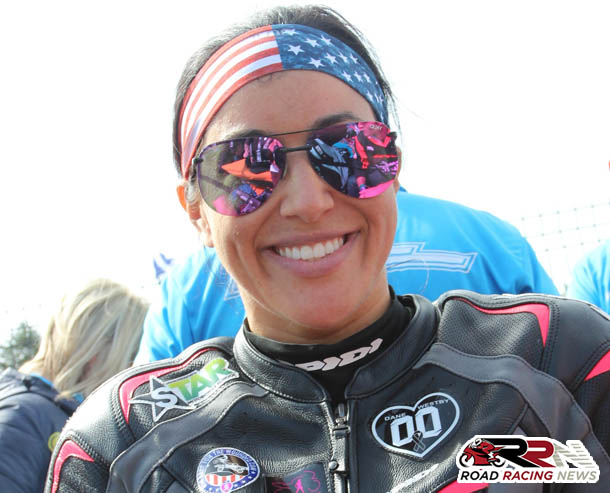 The fastest female racer in the history of the Ulster Grand Prix, Patricia Fernandez who’s lapped the iconic Dundrod course at over the 121 mph mark, is the next racer to take part in Road Racing News ten questions challenge.

One of America’s modern day International roads greats, her answers to the popular series of questions, are as follows:

“Best part would be getting the photos back to show how crazy all the fans are next to the roads.”

“I highly respect Jenny Tinmouth. I’ve never raced her, but I admire her racing ability. She is legit.” 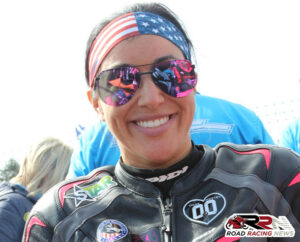 “In the USA! Something in the blue ridge mountains would be epic.”

“Bruce Anstey. I admire his demeanour both on and off the race track!”

“Fastest lap! Pole position is cool, but the race is where the magic happens!”