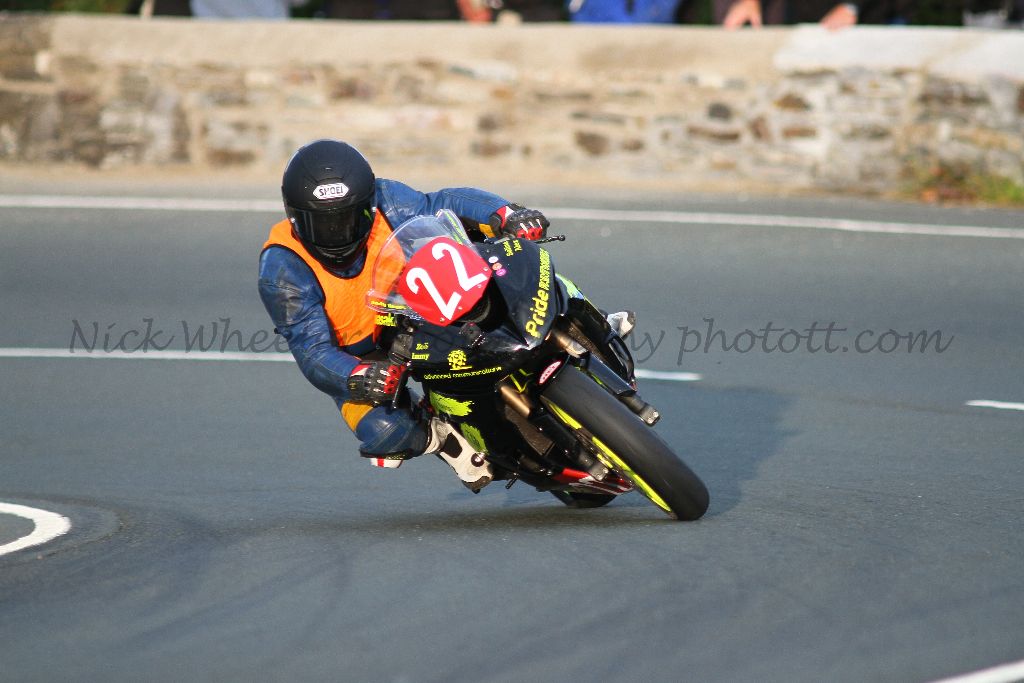 One of a select group of Manx GP newcomers last year, to lap the Mountain Course at over the 110 mph mark, West Yorkshireman Andy Hayes, is the next racer to take on Road Racing News, ten questions challenge.

The Leeds rider, answers to the popular series of questions, are as follows:

“The Manx GP as it takes place on the best road racing course in the world, yet the paddock atmosphere and camaraderie is so good amongst the racers, and the fans you get at the Manx seem to be much more into the actual sport, more than the mass crowds at the TT.”

“I grew up watching the GP’s in the 80’s so any of the 500cc 2 Stroke animal GP Bikes always amaze me, so I love seeing machines like Kevin Schwantz’s RGV Suzuki on display.

A highlight for me from my first Manx GP last year, was having Bruce come around the outside of me at Brandish on the YZR 500 in practice, and then disappear into the distance by Cronk-ny-Mona.”

“It’s the friendliness of the paddocks and the fans who seem to appreciate what you do and the show you put on, with the risks you take, even if you’re not one of the big names, the admiration and respect is so evident and road race fans are the best motorsport fans in the world.” 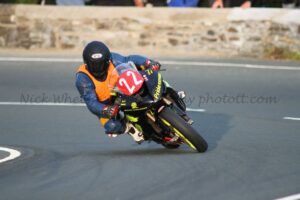 “TT for me, as I can’t imagine how demanding it is to do 6 laps of the TT course at 130 mph plus in the Senior race, just awesome how the top lads hold it all together, with the levels of concentration and physical effort required for that amount of time on a Superbike.”

“If I can say two, I am going to name Mike Norbury and Brad Vicars. Mike for being such a great natural talent and his utter composure on a bike, and such a nice bloke off it, and Brad for his performance at the Manx GP in 2017 and his sheer desire to win.

I love the fact that I will be able to see both of them performing at a high level, in Road Racing in years to come.”

“Finishing the 2017 Manx GP with a faultless Junior race, just hours after my rear wheel bearing collapsed at 100 mph in the Newcomers race the night before, and having to rebuild the back end of the bike overnight and go out to buy race fuel in Douglas, at 1 AM that morning.”

“Now that Road Racing has become legalised in the UK, I would like to see Wales, Scotland and England add events to match Northern Ireland and the Republic of Ireland, and lets see if we can have a good Championship series across these countries, with each hosting a round.”

“Lee Johnston. Because he’s obviously a top lad within the road racing scene, but he’s such a funny lad who doesn’t take himself too seriously and has time for the fans and those lower down the grid, and he also thinks he’s taller than me!”

“Personally, I prefer Supersport bikes, because I get to ride it harder than I can a Superbike. Superbike’s are easier to ride, but much harder to ride well.”

“Fastest Lap, because whatever happens in the race is what really counts, anything before that is forgotten as soon as the lights go out.”