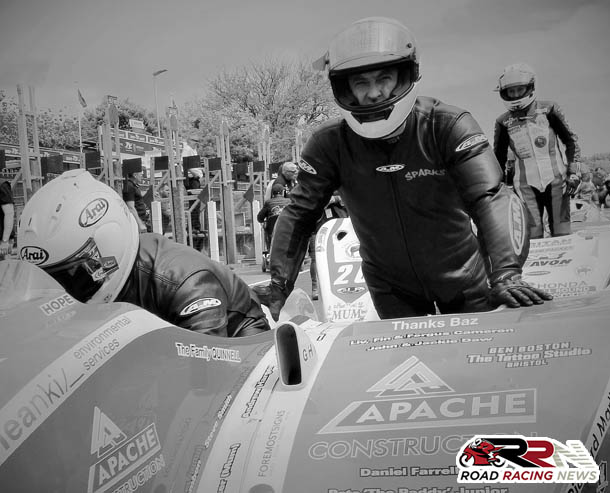 Recently confirmed to link up with Germany’s Mike Roscher, for competition in this years Sure Sidecar TT races, highly respected three wheeling passenger Shaun Parker, is the next competitor to take part in Road Racing News Sidecar equivalent, of the popular ten questions challenge.

Three times a top six TT finisher, his answers to the series of questions, are as follows:

“Got to say Yamaha engines, as had best results with them, and fewest problems with them over the years.”

“Got to be Tony Baker, I’ve only had the pleasure of riding with him once but so smooth, great chassis builder and still achieving great results, he’s been out there riding hard and fast for years.” 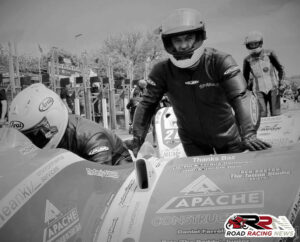 “The pure back to basics of it, white lines, manhole covers, riding the crest of one bump to another from the tree roots!”

“Results speak for my choice here, it’s got to be Dave Molyneux.”