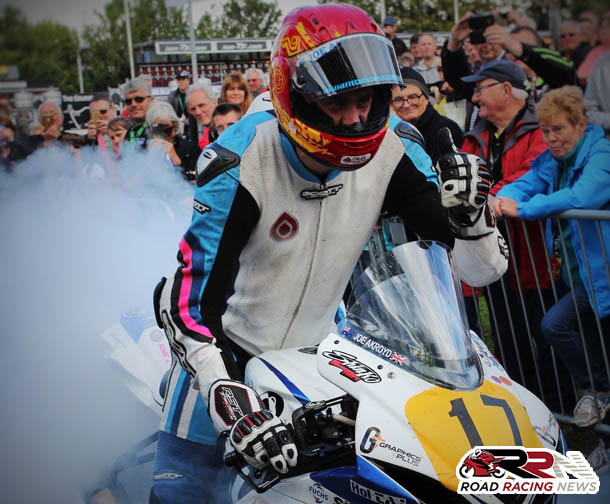 With great weather throughout the majority of practice week, all competitors gained a vast amount of time on the Mountain Course, for Joe it was no different, as he gradually upped his pace evening on evening.

It was when he finished third quickest in the two lap Junior Manx GP practice session on the Saturday afternoon, of the Senior/Lightweight Classic TT race day, that many started to believe that Joe was a contender for podium finishes.

The four lap Junior Manx GP would prove a quite momentous one for Joe, who went onto finish in third place, not only his first podium finish at the Manx, but also his first top three finish, at a roads meeting.

Speaking afterwards Joe was absolutely thrilled to secure a spot on the podium, he also stated that it was unexpected, given that the first time that he had piloted the Oilee Racing GSX-R 600 Suzuki, was on the Monday of practice week!.

With his confidence high after this result, the Senior race would provide him with another third place finish, plus a new personal best lap speed of 119.792 mph, not far off lapping in excess of 120 mph. 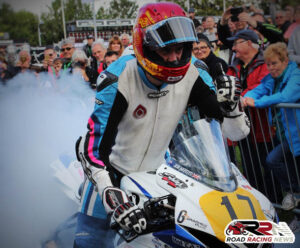 Doing a huge burnout in Parc Ferme following the race, you could see the sheer excitement in him, of making it back to back Manx GP podium placing’s.

Still a relative newcomer to pure road racing, it would not surprise many if he is victorious at the Manx in 2017, or could we see him take to the Isle of Man TT for the first time? 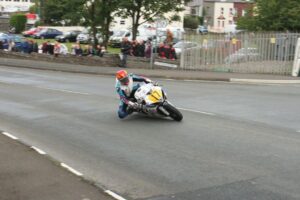 Either way he announced himself at this years Manx GP, as one of the rising stars around the most famous road racing circuit in the world, the Mountain Course.