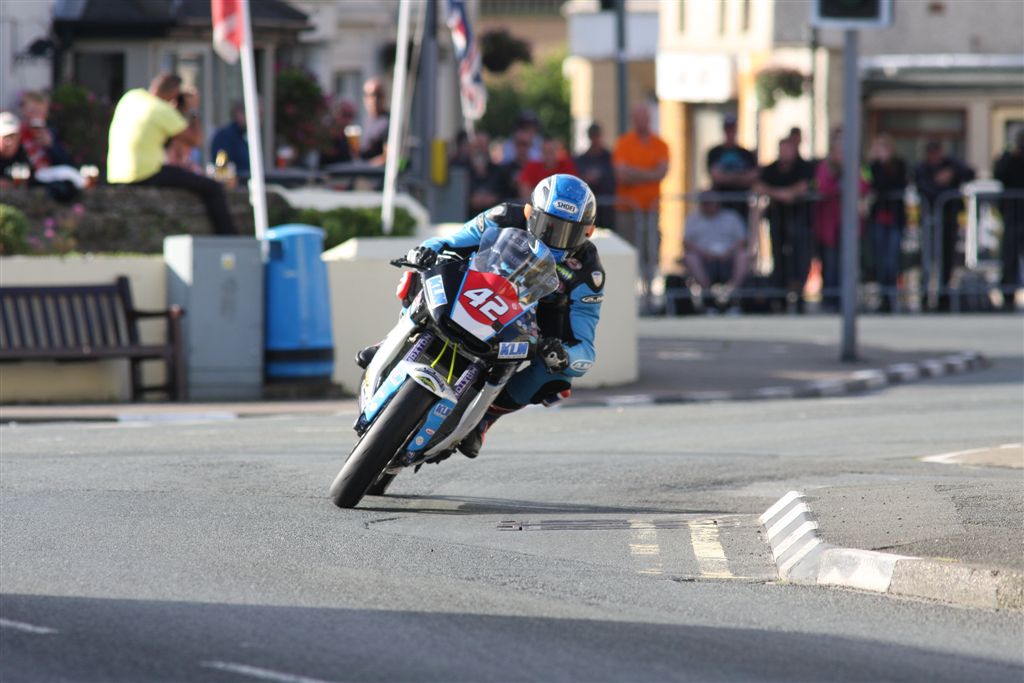 Jonathan Perry made a first class Manx Grand Prix debut, as he gelled exceptionally quickly with the magical Mountain Course.

Competing on his own teams ER6 Kawasaki, he topped the time sheets overall during practice week in the Newcomers B class, lapping at an already impressive 110.516 mph.

Going into the Newcomers B race, as arguably the favourite for victory, the four lap encounter, began in the best possible way for Jonathan, holding by the end of lap two a race lead in excess of 16 seconds.

But then misfortune struck during his scheduled pit stop, when his machine would not fire up, when it did eventually get going again, he had lost such a vast amount of time, that his chances of race victory had almost certainly diminished. 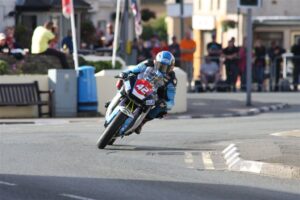 Despite what happened in the pit lane, he got his head down on the third and fourth laps, to eventually cross the finish line in third place.

Although it’s not the result that he ultimately wanted, he was still thrilled to secure a podium finish, on his Manx GP debut.

The Super Twins race, would carry a similar pattern to the Newcomers B encounter, as he made a bright start on lap 1 moving into sixth place, before setting the fastest lap of the race 113.423 mph in slotting into third position, at the end of lap two.

Unfortunately for Jonathan as on the Monday of race week, similar problems struck his ER6 Kawasaki mount in the pit lane, causing him once again to lose a huge amount of time. 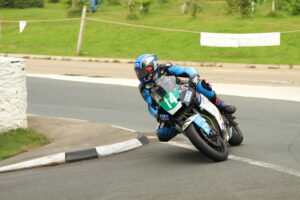 Finishing the leading Mountain Course newcomer in fifth place, it was another top draw result for the rider who last July made his roads debut at the Southern 100.

“That’s what i’m talking about! Mega mega mega super twin race, was 3rd coming Into the pit stop then the bike played up and we dropped to 6th, pulled it back to 5th and took the fastest lap of the race! Can’t believe it, mint!”