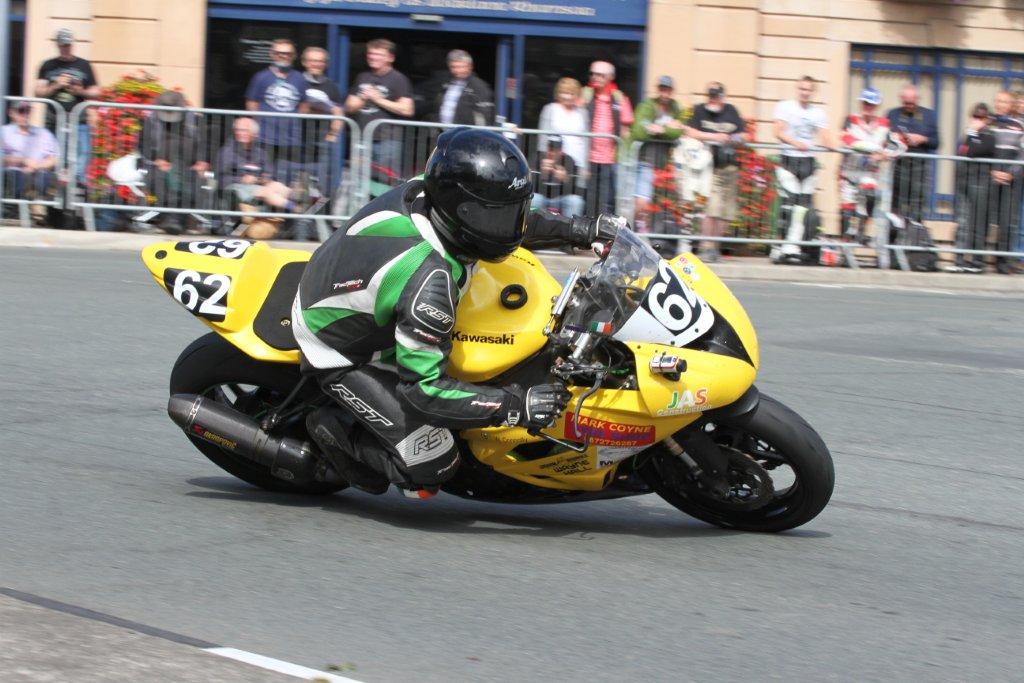 The third place finisher in the 2015 Newcomers B Manx GP, began race week in consistent fashion, with a highly creditable 19th place finish in the four lap Junior race.

This was backed up by a fine 12th place finish in the feature race of the meeting, the Senior.

Piloting the VTS Transport backed ZX6R Kawasaki, Sean’s lap speed of 117.161 mph, set on the fourth and final lap, signalled that he’s not far off challenging for at least top five finishes in the future at the Manx, in the Junior and Senior classes. 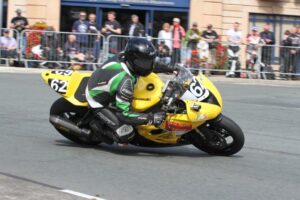 Commenting on his Facebook Page, Sean stated that overall it’s been a great roads season for him, he said:

“Another year over in racing and it was a great one. With scooping 3rd in both the Irish Championship and Southern Championship in Senior support.