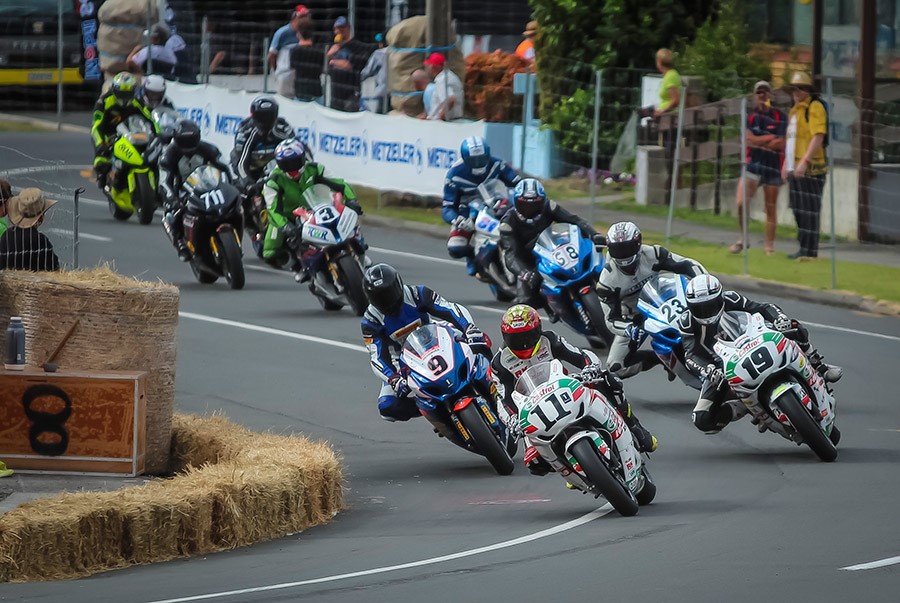 Many of New Zealand’s leading road racers, will be competing at Paeroa this weekend, for the 26th Battle of the Streets.

Races on the horizon for Sunday, include the prestigious Kings of the Streets, won last year by Cemetery Circuit legend, Tony Rees.

Tony returns to Paeroa this year, alongside his sons Mitch and Damon. All three Honda mounted riders will be prominent contenders for race wins, as will reigning Formula Superbike race winner Scott Moir.

Regular front runner at Wanganui, Sloan “Chopper” Frost has an unusual mount, for this weekend’s competition.

Sloan is set to pilot a GSX-S1000 Suzuki, as he competes against a wide ranging variety of more conventional 1000cc machines.

Despite this, don’t be surprised to see Sloan in contention for standout results, a rider of his calibre, cannot be forgotten about. 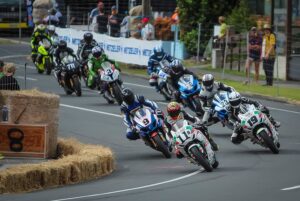 Over the years, exhilarating, thrilling and pulsating action has taken place at Paeroa. One of the star names to be victorious around the town, known for it’s antiques heritage, is the roads legend, that is 11 times TT winner Bruce Anstey.

Regarded by many, as New Zealand’s best pure road racer to date, Bruce’s achievements have inspired riders a plenty down under, to venture into roads competition.

This notion, applies to the Battle of the Streets at Paeroa, where on Sunday, we could herald the arrival of the latest flying Kiwi, from a nation which has for multiple decades, produced many a world class road racer.

Paeroa Battle Of The Streets Wrap Up