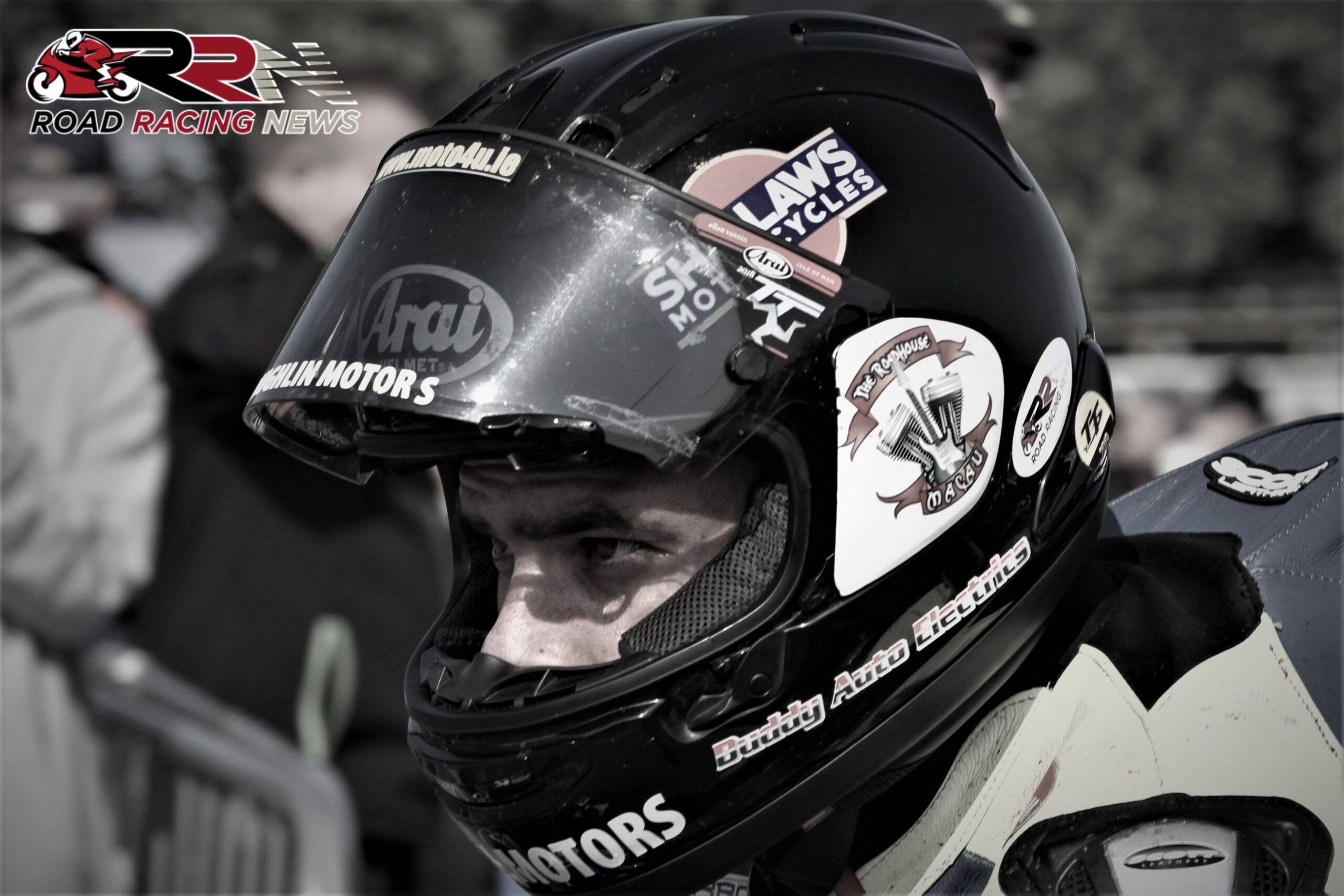 At the end of six closely contested laps of the Skerries course, Roadhouse Macau Yamaha mounted Sheils race winning margin stood at just 0.064 of a second!

Yes you did read that right, this was all that separated Sheils and Sweeney after their top class duel for class honours. 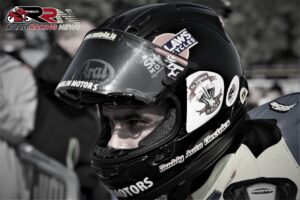 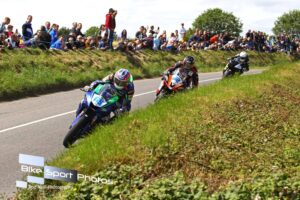 Nigh on 1.9 seconds behind Sheils, Sweeney in finalising the podium finishers was Ballymoney’s Darryl Tweed. 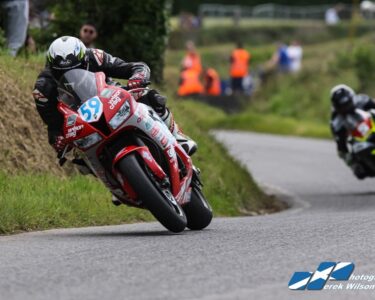