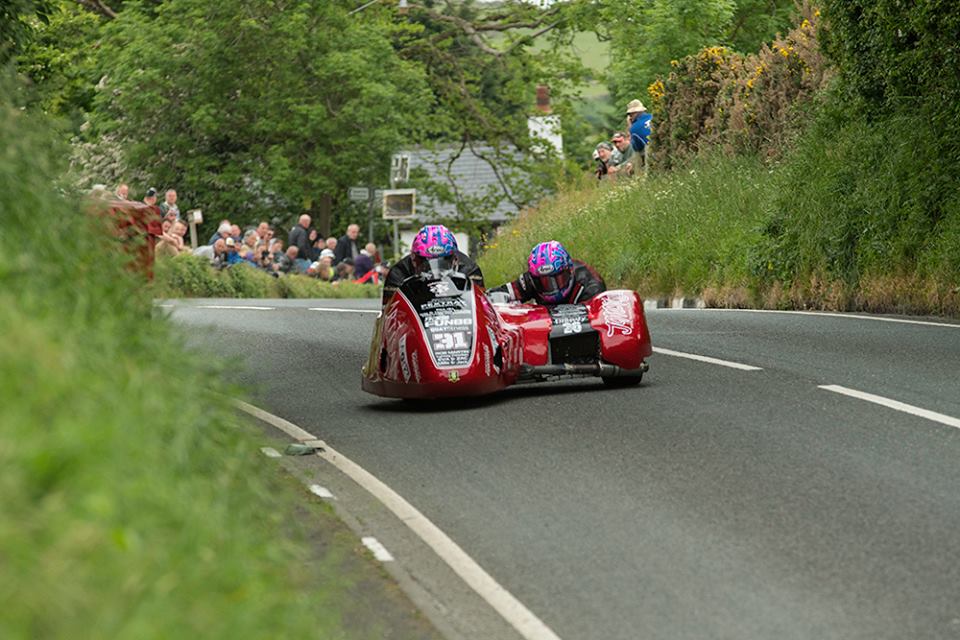 15th within the opening Locate.im Sidecar race of TT 2018, Stuart Christian who has for the last four TT meetings competed alongside fellow Manxman Craig Melvin, is the next competitor to take part in Road Racing News Sidecar equivalent, of the popular ten questions challenge.

The Ramsey based racer’s answers to the series of questions, are as follows:

“Well the only roads meeting I’ve done is the TT so I would have to say that, the TT is pretty special. In fact it’s mental! I would really like to do Chimay in Belgium one day, that looks like a great circuit.”

“Well at the TT Honda’s seem to be the engine of choice for most of the top runners, but we have a limited budget so we run Suzuki’s.

These have been pretty reliable since we moved to them about 4 years ago, and Slick Bass does get the best compromise between reliability and performance out of them.”

“Race 1 at this year’s TT, we finished 15th (our best placing to date) and posted our fastest lap up to that point.

We had a great battle on the roads for the whole race with Andy King and John Saunders which was mega, and we learned a lot from following those guys through certain sections.” 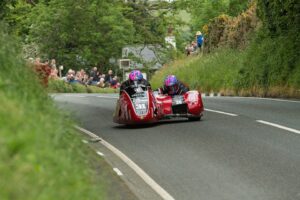 “Without a doubt the Ulster Grand Prix, a proper roads circuit. I’ve been there loads to watch the solo boys. I wouldn’t be too fussed about the North West 200 as I reckon that would be pretty boring on a sidecar.”

“There’s two really. The first would be Dave Molyneux for all his achievements, particularly on the roads. He has dedicated his life to winning TT’s, I really admire his single-mindedness and focus. Even now in his 50’s he is not afraid to try something new or different with the risk of getting it wrong.

He’s a real pioneer of the sport, something I think we are losing a little bit of as a single manufacturer has come to dominate the sport. The second respected driver would be Dave Quirk. The amount of ale that guy can put away is something else.”

“John Holden, in his 60’s and still one of the world’s top drivers. Absolutely amazing guy.”

“Getting to lap the TT course at race speeds, it’s pretty mental when you stop and thing about it. Being a tiny part of the races I have watched since I was a young kid still seems totally surreal to me!”

“Dave Molyneux, without a shadow of a doubt.”

“Given that we rarely get either I would take whatever I can get! Although I suppose pole position gives the chance of a trophy.

It always p****s my missus off if I bring a new trophy home as she hates them round the house. So yeah, pole position!”