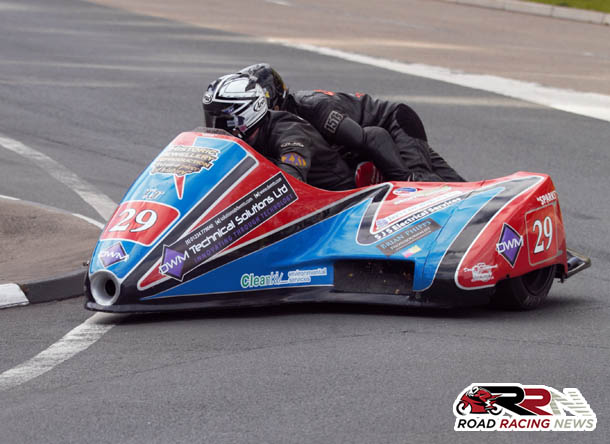 Fifth alongside Shaun Parker within both Sure Sidecar races of TT 2015, a collector overall of four top eight TT finishes, Uckfield’s Matt Dix is the next competitor to take part in Road Racing News Sidecar equivalent, of the popular ten questions challenge.

Matt’s answers to the series of questions, are as follows:

“The Isle of Man TT is obviously the best road race in my opinion, and I’m proud to say I’ve enjoyed every minute of my racing there.”

“Guess I’d have to say it’s my R6 (Yamaha) ex Michael Dunlop race engine, as pulled like a train.”

“My best road moment wasn’t actually on the track, but was in Nobles hospital at my first TT when my baby daughter was born between race A and race B.”

Q4: Out of the current roads meets, is their one event in particular where you would like to Sidecars compete? 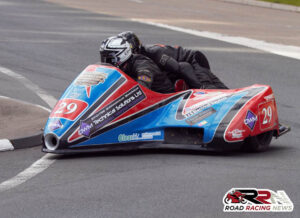 “Without a doubt Tony Baker. Always loved racing him on the track and inspired me for many years.”

“This ones a very hard choice but I think I’d have too say Mr Roy Hanks. He has not only been a true hero but a true friend.”

“Having the ability too push yourselves as a team to produce great results is a challenge both physically and mentally, but coming over that line at the end and seeing the spectators reactions is nearly as amazing as the racing itself.”

“There are lots but I think mine would be Nick Crowe.”