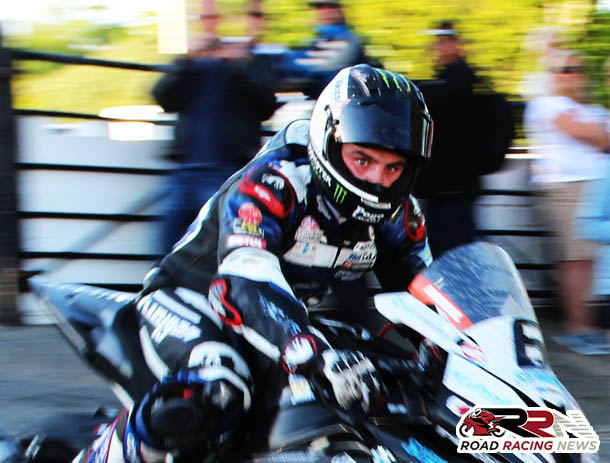 Full wrap up from qualifying at the SGS International Armoy Road Races.

Following on from his supersport successes at Walderstown and Faugheen, Derek McGee continued his great form on the Noel Doyne backed YZF R6 Yamaha in supersport qualifying today at Armoy.

Derek lapped at 1 minute 47.046 seconds to finish quickest by under 0.2 of a second over nearest challenger Derek Sheils, Cookstown BE Racing CBR 600 Honda.

Pre race favourite William Dunlop was third fastest in front of his brother Michael Dunlop, who made it three YZF R6 Yamaha’s in the first four placing’s in qualifying.

Next up was Mar Train Racing’s Dan Kneen, the top ten on the supersport qualifying leader board was concluded by Christian Elkin and fellow rising stars Adam McLean and Darryl Tweed.

As many anticipated Michael Dunlop qualified on pole position for the open race, at Armoy. But one aspect no one could have predicted is how close it was for the 13 times TT winner to finish quickest, in a gripping qualifying session. 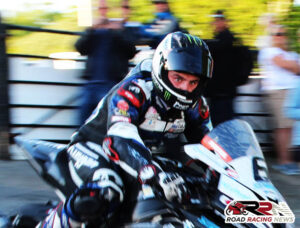 Gareth Keys impressed with the eighth quickest time, Davy Morgan and Adam McLean rounded out the top ten in an ultra close fought qualifying session, which raises the prospect of an ultra close, exciting and momentous open race on Saturday.

Building up to the super twins encounter at the MCE Insurance Ulster Grand Prix, Derek McGee ended a great day of qualifying at Armoy by topping the time sheets in super twins qualifying.

Securing lap time of 1 minute 52.898 seconds, he enjoyed a quite momentous first competitive outing on the Cookstown BE Racing ER6 Kawasaki.

Alongside the supersport, superbike and super twin classes, many a top draw performance was seen in the additional qualifying sessions.

There was no race of legends qualifying session, reasons why not announced at present.

Coming up this evening at the SGS International Armoy Road Races, is the opening race of the meeting, the opening supersport race.