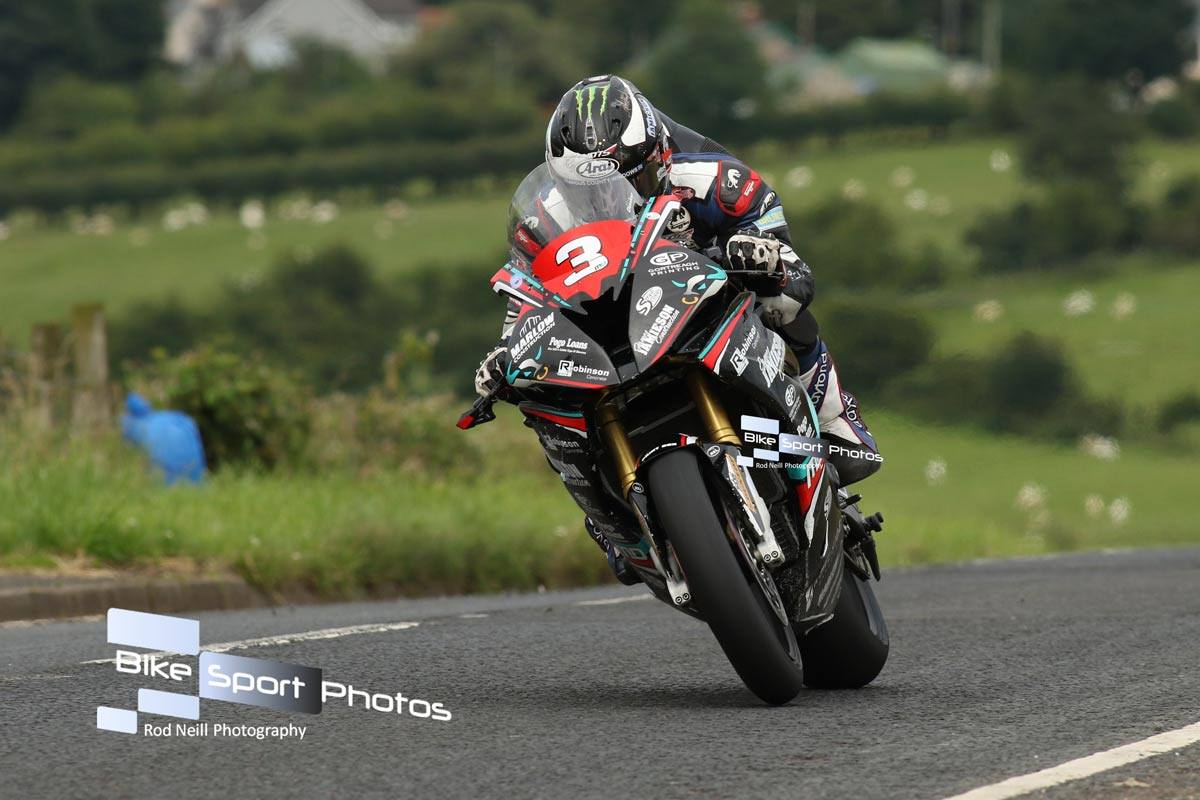 Michael Dunlop sealed yet another landmark achievement today at the 2016 SGS International Armoy Road Races, as he secured race of legends victory, for the sixth year in a row.

The blue riband race at Armoy which saw a re start due to an incident at Church Bends, would see Michael and his own teams stock S1000RR BMW quickly by half distance of the six lap race, pull out a lead in excess of two seconds.

From here he kept up a world class pace, to seal race victory by 4.541 seconds. It’s his 11th win of his 2016 roads campaign and largely likely not to be his last.

Derek Sheils ended another productive meeting for he and John Burrows Cookstown BE Racing team, with second place finish, the first time he has finished runner up in the race of legends.

William Dunlop concluded the podium finishers in third, as he builds up to the superbike races at the MCE Insurance Ulster Grand Prix, on his own teams Caffrey International backed YZF R1M Yamaha.

It’s been golden moment after golden moment for Michael on the roads in 2016. It’s fair to say in the last four months he has re established himself as the world’s leading pure road racer. 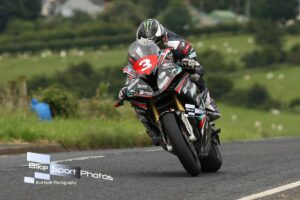 So what’s next at the MCE Insurance Ulster Grand Prix, a 134 mph lap? a first time win in the feature superbike race?

These are two of many possibilities for the six times Ulster GP winner, who at Armoy today has reigned supreme.