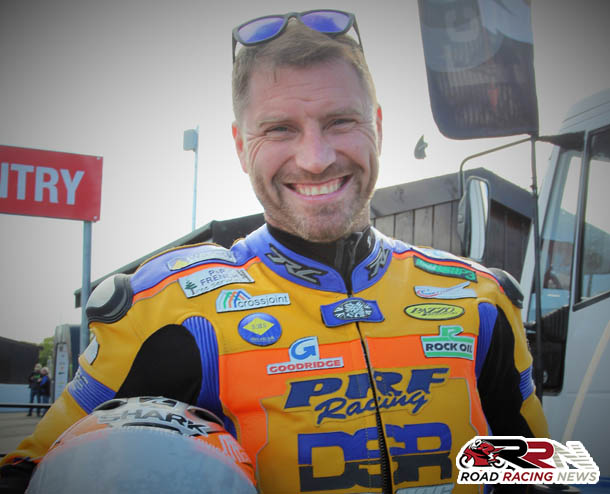 A Mountain Course debutant in 2014, the Skegness racer since a 12th place finish in the Newcomers A Manx GP has gone onto record a collection of highly notable results on the most famous road racing circuit in the world.

The 2015 Manx Grand Prix saw him lead the famous Triumph brands challenge in the Junior and Senior races, recording a brace of impressive fifth place finishes.

Following his extremely accomplished display’s at the Manx, it was no surprise when he decided that 2016 would be the year he would step up to the TT Races.

Race week concluded in fine style with a 19th place finish in the blue riband Pokerstars Senior TT, which made it five bronze replica finishes from five starts. 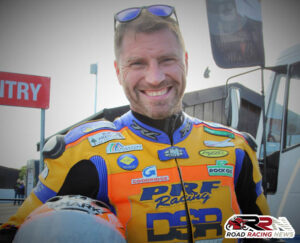 Moving on 12 months till TT 2017, his second TT campaign saw him a part of the experienced PRF Racing outfit.

Although TT 2017 ultimately proved a challenging one for ‘Salty’, he still went onto record series of respectable results which included 36th in the Superstock race, finishing firmly amongst the leading Suzuki mounted competitors.

Reflecting on his short but extremely accomplished Mountain Course career, he stated via Facebook:

I know I got at least a 127 lap in me but that’s the whole problem! Pushing for more all the time! I’m proud to call myself a TT racer and have the up most respect for road racers!

I’ll still be out and about around the paddocks and if anyone wants any help at TT let me know. Wish to thank everyone that’s supported me over the last few years!

You know who you are and too many to name! Signing off for the last time as SALTY ” TT Racer” now a washed up racer!”