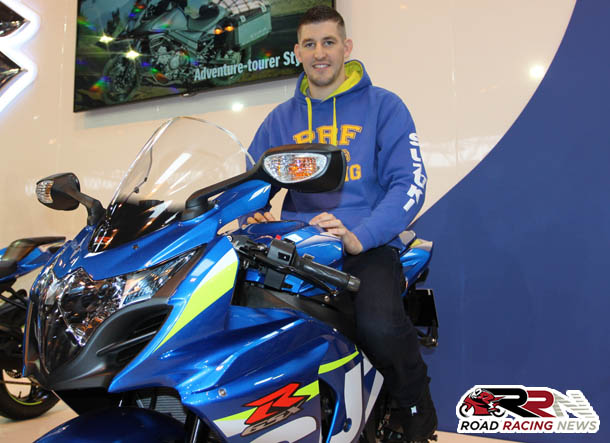 Super twins Manx Grand Prix winner Rob Hodson, is moving up to the TT Races next year, with PRF Racing.

For his first two weeks competition at the most iconic of all road races, Rob is all set to pilot the same GSX-R 600 Suzuki that propelled him to third place finish in this years junior Manx GP, for Monster Energy supersport races. 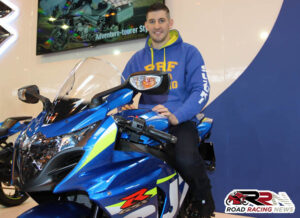 Superbike, superstock and senior races are set to see him GSX-R 1000 Suzuki mounted, as he bids for series of high quality results.

It’s still to be announced as to the machinery that Rob will be piloting in the lightweight race, where he is more than capable of recording a top six finish.

Alongside TT 2016 action, 2016 roads campaign, will also see him return to the North West 200, Southern 100 and Oliver’s Mount, competing at all four meetings at the Scarborough based road race circuit.

Another aim next year, is to make his debut at the world’s fastest road race, the Ulster Grand Prix. He has the proven pace to gel quickly with the universally liked Dundrod roads course.

Having competed four times at the Manx Grand Prix, securing four podium finishes, 2015 super twins triumph plus super twins lap record, Rob feels the time is right to move up to the Isle of Man TT. 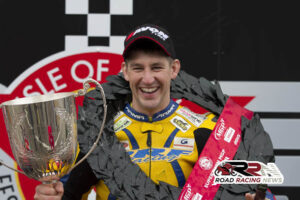 TT 2016 is set to mark PRF Racing’s return to TT Races. Over the years the outfit run by Paul Rennie, has worked with multiple top class riders.

Amongst pure road racing’s rising stars, Rob who’s fastest lap speed to date around the mountain course, is 119.709 mph, is scheduled to start testing for the new season next year in early February at Cartagena in Spain.

Having become one of the established front runners at the Manx GP, Rob goes into TT 2016, aiming to enjoy a highly productive two weeks competition on the mountain course.