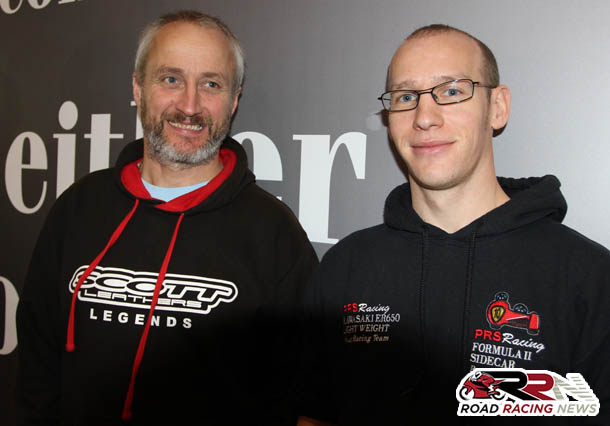 2014 sidecar TT championship winner Conrad Harrison goes into TT 2016, confident of keeping up his stellar record, at the Isle of Man TT.

For next years TT Races, Conrad and Mike Aylott are set to pilot an all new outfit built by Rod Bellas, the outfit backed by Printing Roller Services will feature a familiar white and red colour scheme. 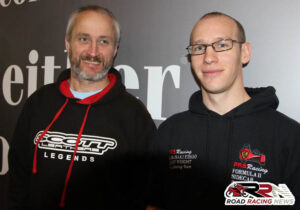 TT 2015 marked 22 years since Conrad made his TT debut in 1993. Opening Sure sidecar TT encounter saw the driver and Mike Aylott finish a more than creditable third.

Conrad’s favourite parts of the historic and iconic road race circuit include, the top of Barregarrow and a favourite amongst multiple racers Ginger Hall to Ramsey.

Alongside TT 2015, this year has also seen the hugely popular sidecar driver, enjoy a top years action around Oliver’s Mount.

Main highlights around the mount in 2015 have included, multiple top three finishes at Spring Cup National Road Races, Cock of The North Road Races and the prestigious Scarborough Gold Cup.

It’s not a surprise what Conrad’s favourite circuit is in the world, the mountain course. 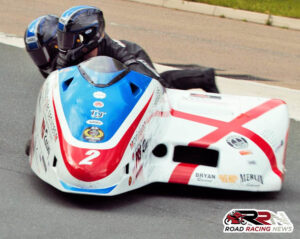 Approaching almost 25 years of TT competition, he has seen the standard consistently rise in recent years in sidecar TT races.

Determined to return to the top step of the podium, he is confident of pushing for Sure sidecar TT success, in what are set to be two races, which showcase the outstanding level of sidecar racing now on the roads.