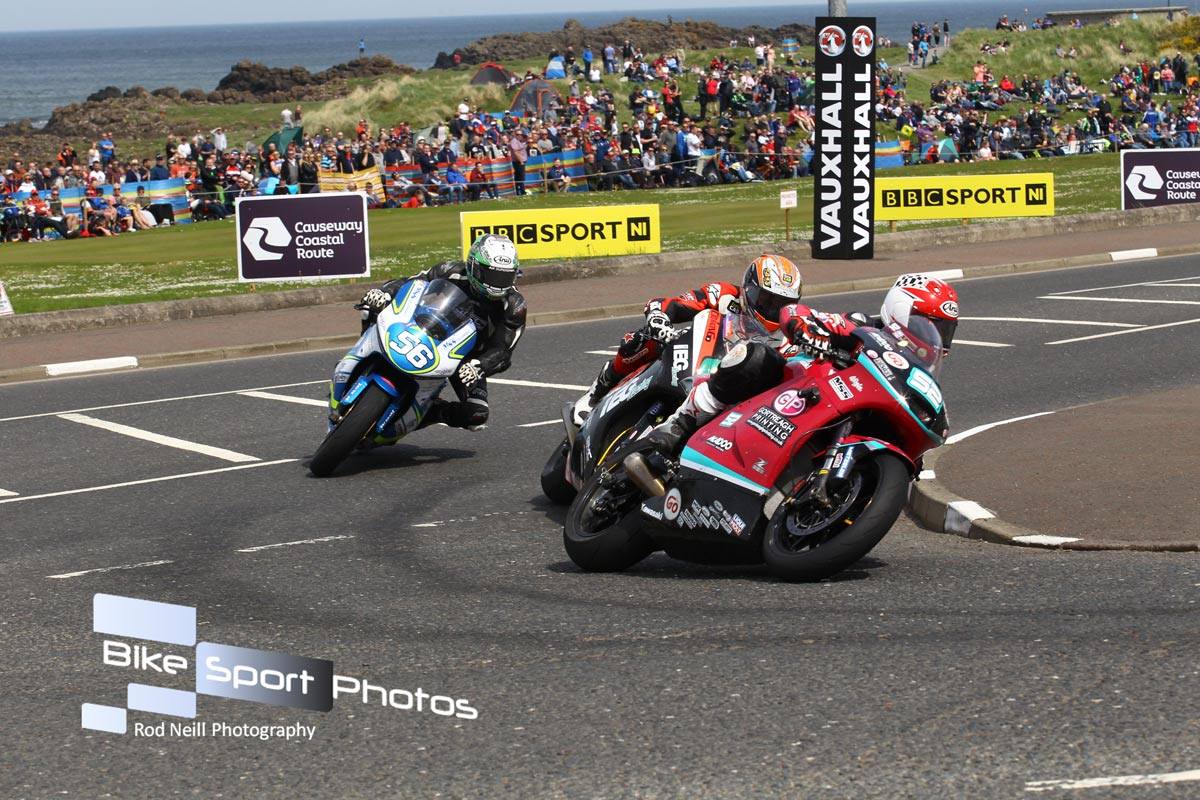 Constant lead changes, vast slip streaming, great overtakes, drama a plenty, the second Super Twins race of the North West 200 of 2018, had everything.

My report from nigh on two years ago on a truly compelling four lap race, reads as follows:

A race that provided pretty much endless lead changes, bold moves and in general just great racing, looked to have been wrapped up on the fourth and final lap by Team ILR’s Joe Thompson, who made a slight break away from eventual winner James Cowton and KMR Kawasaki’s Jeremy McWilliams.

Paton mounted Thompson’s race winning charge ultimately came to a halt at the Juniper Chicane, as fellow Yorkshireman Cowton made a brave no quarter asked, no quarter given move, to steal race lead which he held to the finish line.

Next gen star Thompson had to settle for another third place finish as 54 year old veteran McWilliams second, wrapped up an eighth NW200 rostrum finish. 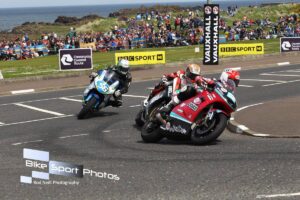 Behind the front three who were covered by just over 1.4 seconds, former 250 class winner Christian Elkin chalked up an excellent fourth place finish whilst Michael Sweeney in fifth place added another notable result to his International roads CV.