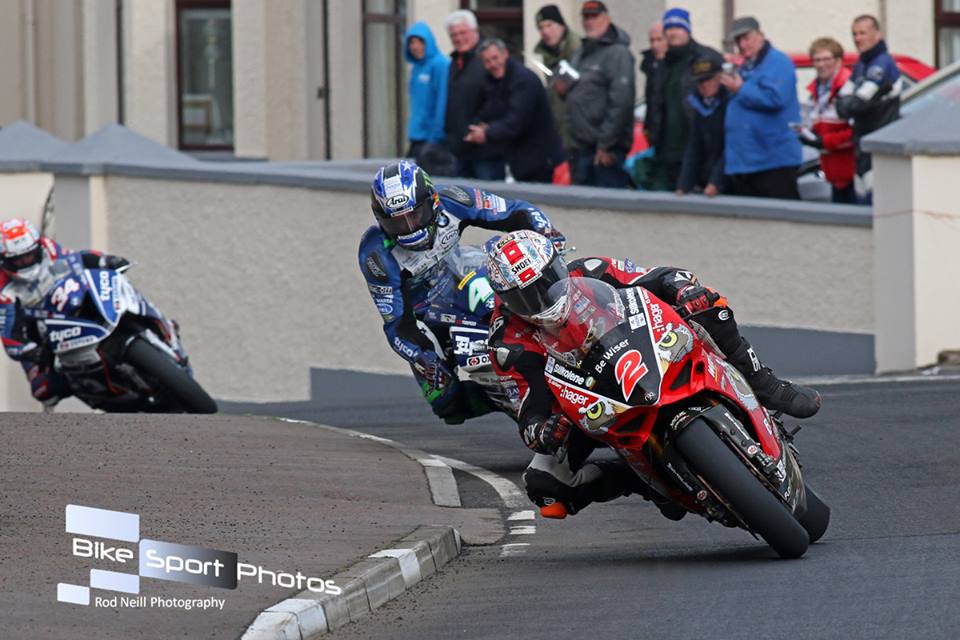 Given that it would have been just a few days before North West 200 race week gets underway, it’s a good time to re-cap arguably the best Superbike race of modern times on the Triangle course.

The feature Superbike race from 2017, captured and some the imaginations of race fans, marshals, the media, teams, competitors.

My report from back in 2017 (with a few tweaks), on the fascinating tussle for blue riband race honours between Glenn Irwin and Tyco BMW’s Alastair Seeley and Ian Hutchinson, reads as follows:

At the end of a compelling feature Superbike race, it was Glenn Irwin who recorded not only his first North West 200 victory, but also his first international roads success.

On top form aboard the Be Wiser Ducati, Irwin led throughout, ultimately on lap seven holding off the attentions of Triangle circuit record holder Alastair Seeley, to seal a quite stunning race win. 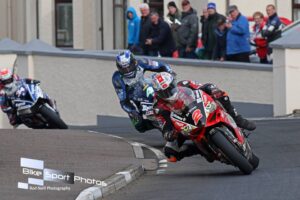 Seeley’s second place finish takes him up to 32 North West podium finishes, with four wins, one second, it’s fair to say it’s not been a bad meeting for the Wee Wizard!.

Tyco BMW team mate Ian Hutchinson finalised the podium finishers. Hutchy stated afterwards about just how quick the Be Wiser Ducati was on the straights, plus added his congratulations to popular race winner Irwin.

Going not noticed by many, due to the aftermath of such a thrilling race, Michael Dunlop brought the Bennetts Suzuki home in an impressive fourth, good signs for the rider from Ballymoney, ahead of TT 2017.