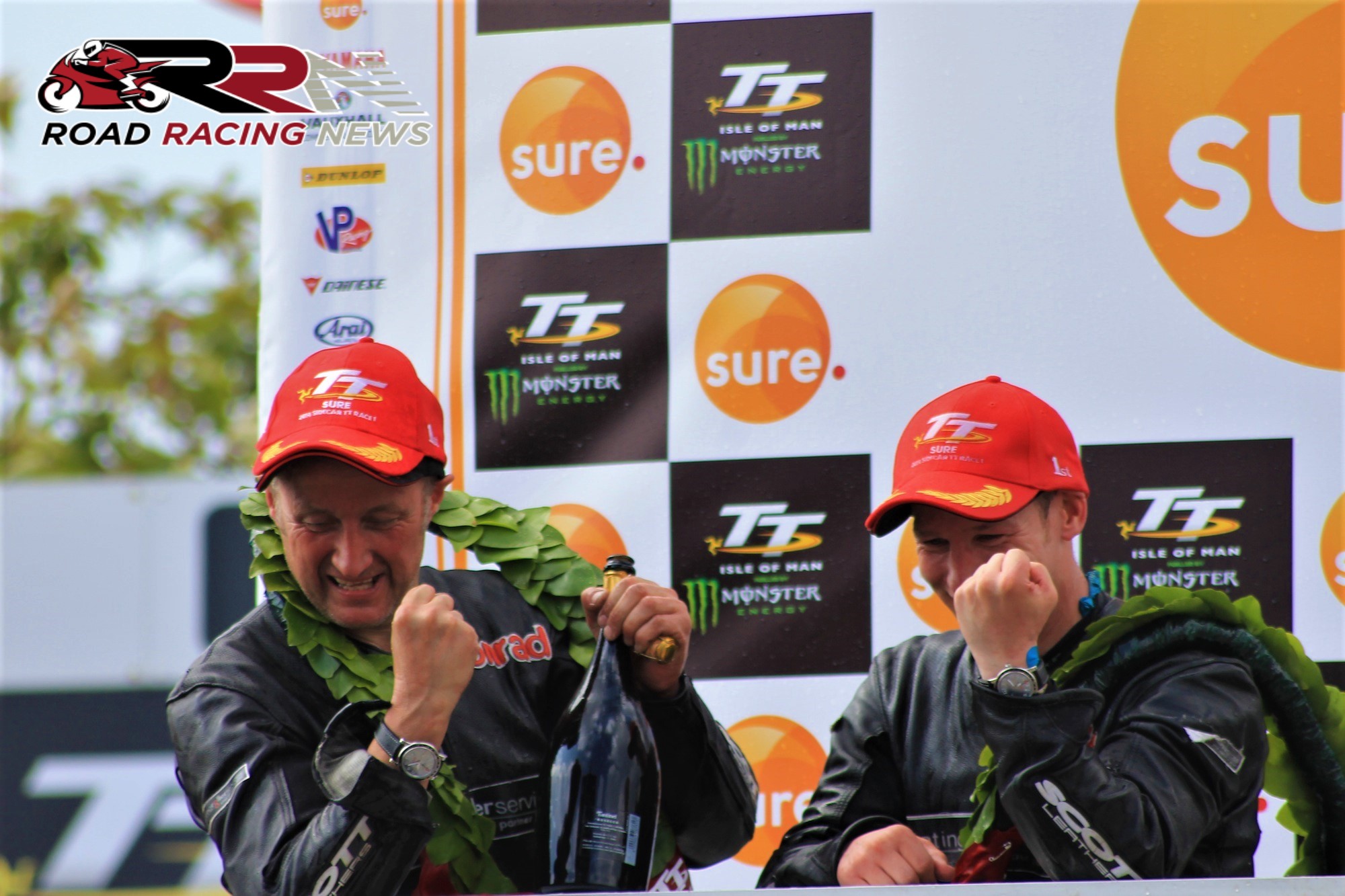 My race report from 2014, detailing the twists and turns of an engrossing three wheeling encounter, was as follows:

Bright, sunny and great conditions greeted drivers and passengers, for the opening Sure sidecar TT race of TT 2014. At Glen Helen on lap 1, Ben & Tom Birchall lead John Holden/Andrew Winkle by 0.7 of a second with Dave Molyneux/Patrick Farrance not far behind in third place.

As lap 1 went on the Klaus Klaffenbock backed Birchall brothers stretched out a reasonable lead over John Holden and Dave Molyneux. By the end of lap 1 the Birchall’s led by over four seconds as Dave Molyneux/Patrick Farrance and John Holden/Andrew Winkle lead the chasing pack, with both closely matched in the battle for second.

Onto lap two and drama struck as the Birchall brothers where involved in a crash at Black Dub. This elevated Dave Molyneux into the lead of the race by ten seconds over nearest challenger John Holden/Andy Winkle, Conrad Harrison/Mike Aylott moved into third position whilst SMT Racing supported Tim Reeves/Gregory Cluze moved up to fourth place.

Molyneux’s lead over Holden grew on lap two as the 16 times TT winner, was giving it everything for another TT win on his DMR Kawasaki outfit.

Final lap of the race beckoned with Dave Molyneux’s lead over John Holden a big one with Conrad Harrison not far behind the 2011 sidecar TT race 2 winner. Tim Reeves held fourth position, Ian Bell on his TT comeback proved that he can still mix at the front in sidecar races at Isle of Man TT by holding a top five placing.

Lap three saw at first Molyneux/Farrance continue to build their advantage out front, but then mechanical issues struck the pairings outfit, forcing them out of the race. Conrad Harrison/Mike Aylott were now the new race leaders, holding an advantage of just 0.9 of a second over Holden/Winkle.

From here Harrison/Aylott made no mistakes, to cross the line at the end of lap three, to record a popular and well deserved first TT victory. Holden/Winkle were gallant runners up, whilst Reeves/Cluze completed the top three finishers. 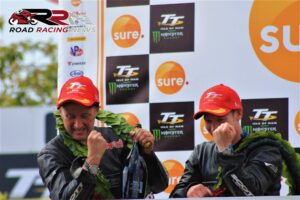 Alan Founds/Tom Peters were leading newcomers home in 11th place, during a race that had drama aplenty within it and one that brought a supremely popular first TT victory for Conrad Harrison/Mike Aylott.

Conrad’s being trying for a first TT win since 1993, at last the ever cheerful Sidecar driver is a TT winner.