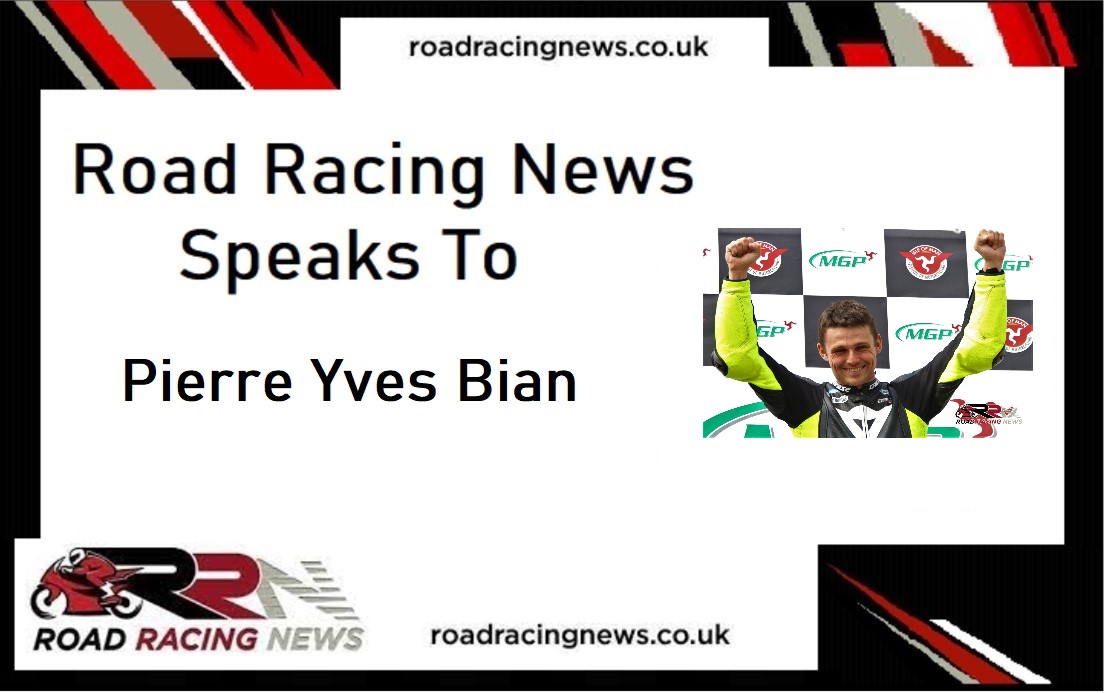 Going into the 2021 IRRC Supersport season as the only rider on the entry list, boasting IRRC (International Road Racing Championship) victories, much was anticipated of reigning Newcomers A Manx GP winner Pierre Yves Bian.

The jovial Frenchman didn’t disappoint those that considered him a prime title contender, as he vaulted to Championship success.

Victorious this year on no less than five occasions, opening race honours at the final round of 2021 at Frohburger Dreieck provided the Martimotos supported rider with the golden ticket to claim Supersport title spoils.

Recently I caught up with France’s second IRRC Champion to gain his views on a diverse range of IRRC themed topics.

Q1: Going into 2021, how confident were you that the IRRC Supersport title was possible?

“Yes I was confident at the start of year, pre-season testing went well, my times in training was fast, good bike, good team, so confident!”

Q2: Out of all your fellow IRRC Supersport exponents, which one’s impressed you the most in 2021?

“The rider who impressed me was Ilja Caljouw, my friend. He’s made a lot of progress, was very fast throughout the season.”

Q3: Out of your multiple race wins this year, which one gave you the most satisfaction?

“The most satisfaction race was at Chimay, pole position, double Supersport win, Super Twin win with pole & lap record. My family & sponsors were in attendance at this event! Super moment for the first race after Covid!”

Q4: Has your IRRC title success gained a good reception in France?

“Yes the title success has had a good reception in France for sponsors & others. It will be good for the future and it’s a personal satisfaction to have won this title!”

Q5: Do you consider your maiden IRRC title triumph, your top pure road racing moment of your career to date?

“Yes it was super emotional for me, I started in 2016 in the IRRC, I promised myself to win this Championship one day, done now!

But, different sensation to the Manx GP win! Manx GP was special with new team after a French team ejected me two months prior and now I have won the Manx, IRRC! A big satisfaction and a special dedicace at this specific team!”

Q6: Are you planning to remain in the Supersport class next year or are you considering stepping up to the 1000cc IRRC fraternity?

“I don’t know for moment! I have few propositions and ideas but my big goals now are the big races: North West 200, TT, Isle of Wight, Macau & a racing Championship to have a good rhythm. We will see, in few weeks I will know my program!”