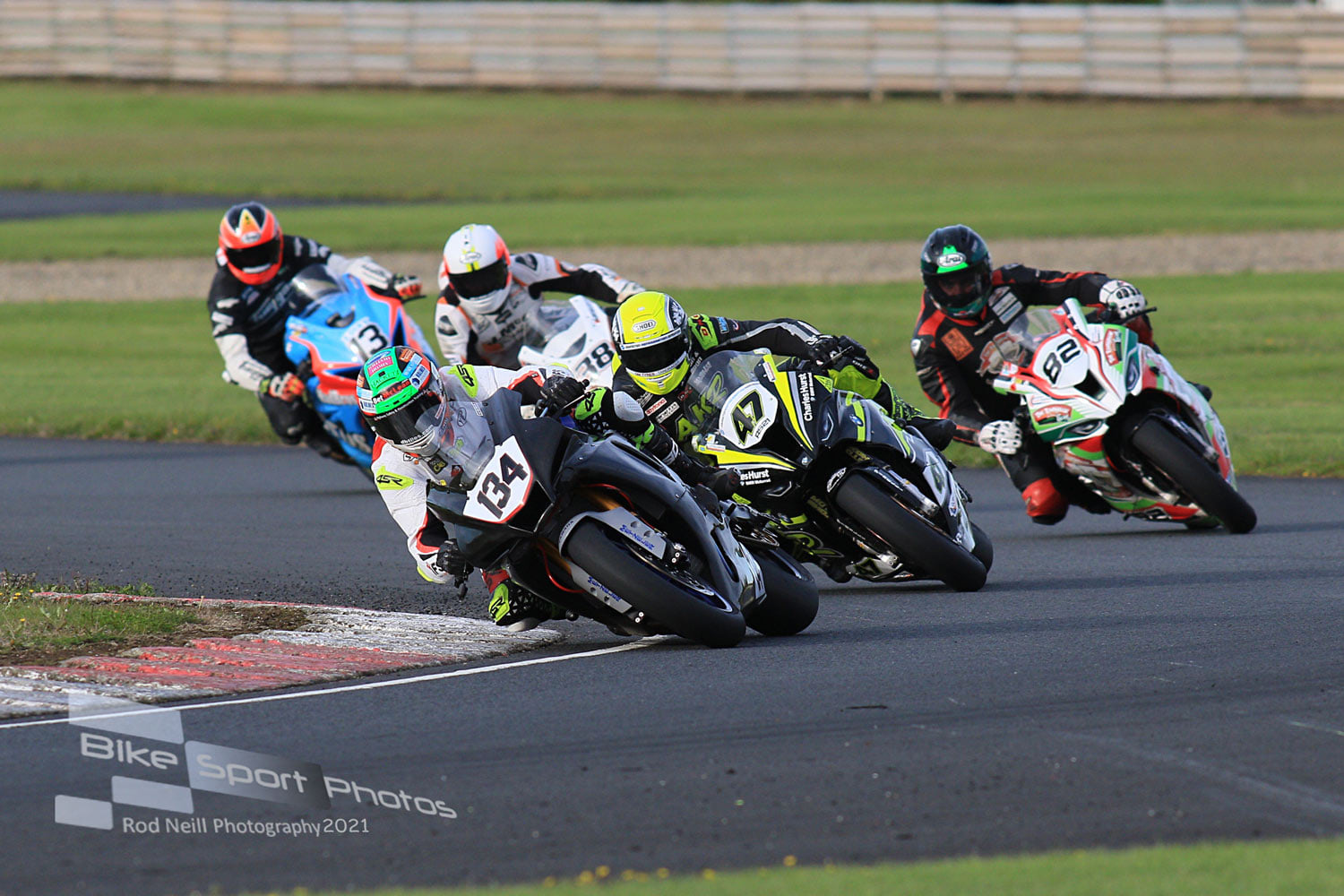 Already crowned Superbike Champion, the ‘Wee Wizard’ as showcased during previous events just had the edge on the high calibre opposition to make it twelve consecutive USBK race successes.

“Really enjoyed Bishopscourt yesterday, great to get out on a fast flowing circuit. After a bad wet qualifying I left myself with work to do.

In race one I had the fastest lap under the lap record but found it hard to pass but finished 3rd.

Race two I believe the lap record was broken six times between Seeley and myself but again from my start position I found it difficult to pass.

The Roadhouse Macau BMW was going well but again I took the bronze but I was pleasantly surprised with the lap times and it was a great race with Alistair Kirk and Alastair Seeley.”