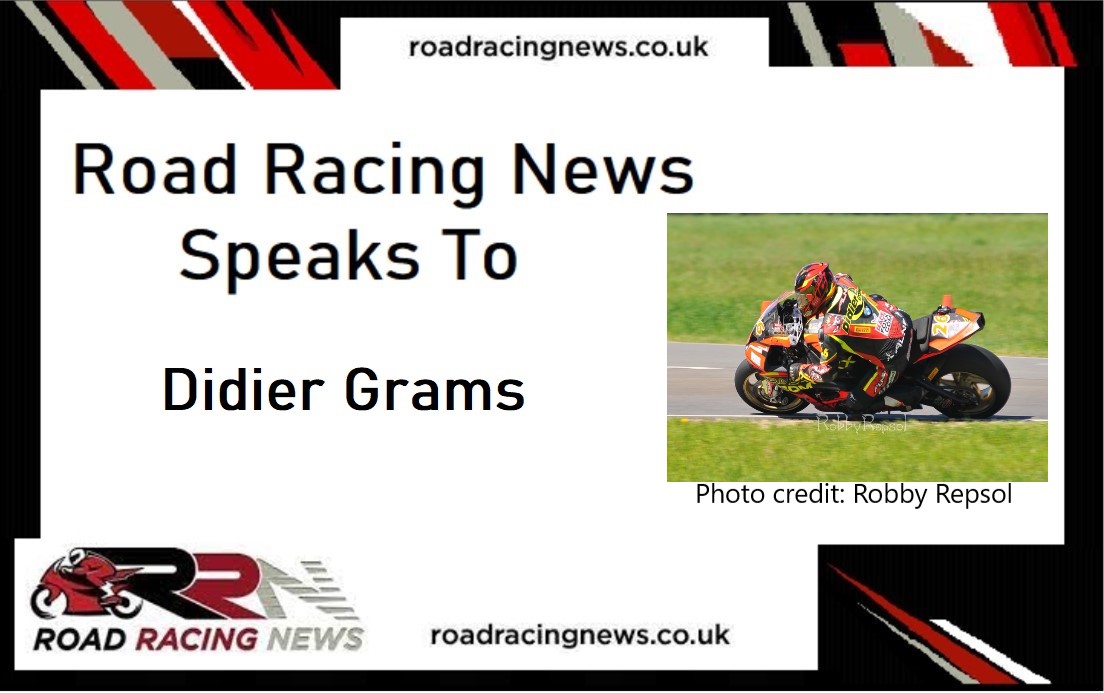 Widely regarded as Germany’s top International road racer of the modern era, few racers are as synonymous with the International Road Racing Championship as the ever cheerful Didier Grams.

Since it’s inception in 2010, he has claimed no less than 45 IRRC victories with his most recent gained at the season finale of 2021 at Frohburger Dreieck.

Success at Frohburg enabled Grams to scoop a fifth IRRC Superbike title, his first since 2014.

Not long ago, I gained the opportunity to acquire the German roads legend’s thoughts on all things IRRC 2021, the North West 200 and the possibility about tackling the TT Races.

Our contrived conversation reads as follows:

Q1: Has it sunk in yet that are you are now a five times IRRC Superbike Champion?

“Yes, I can believe it for some time and I’m really happy to have achieved it again.”

Q2: How impressed have you been this season by the pace of main Championship challenger, Lukas Maurer?

“I knew that a lot of drivers would be quick this season, Lukas has often been with us at the front for victory, has always been consistent and that has brought him to the top.”

Q3: You surpassed the existing lap record at Horice, were does this rank amongst your various pure road racing achievements?

“Especially in Horice the years of experience counts, thanks to my chassis specialist Joakim, FJ Racing Suspension we were able to find a very good set-up for the motorcycle, that I could gel quickly with.”

Q4: Across Germany, what’s the reaction been like to your latest IRRC series triumph?

“The reaction from others was huge because they no longer expected me to win the title, we believed in it but we knew that we had to work on it.”

Q5: Do you have plans to return to the North West 200 in the future, compete at the TT Races?

“I would like to take part in the NW 200 again but during this time I am missing the sponsors to cover the costs to allow me to compete.

I won’t take part in the TT myself but I’ll travel there with friends and experience this beautiful event live.”