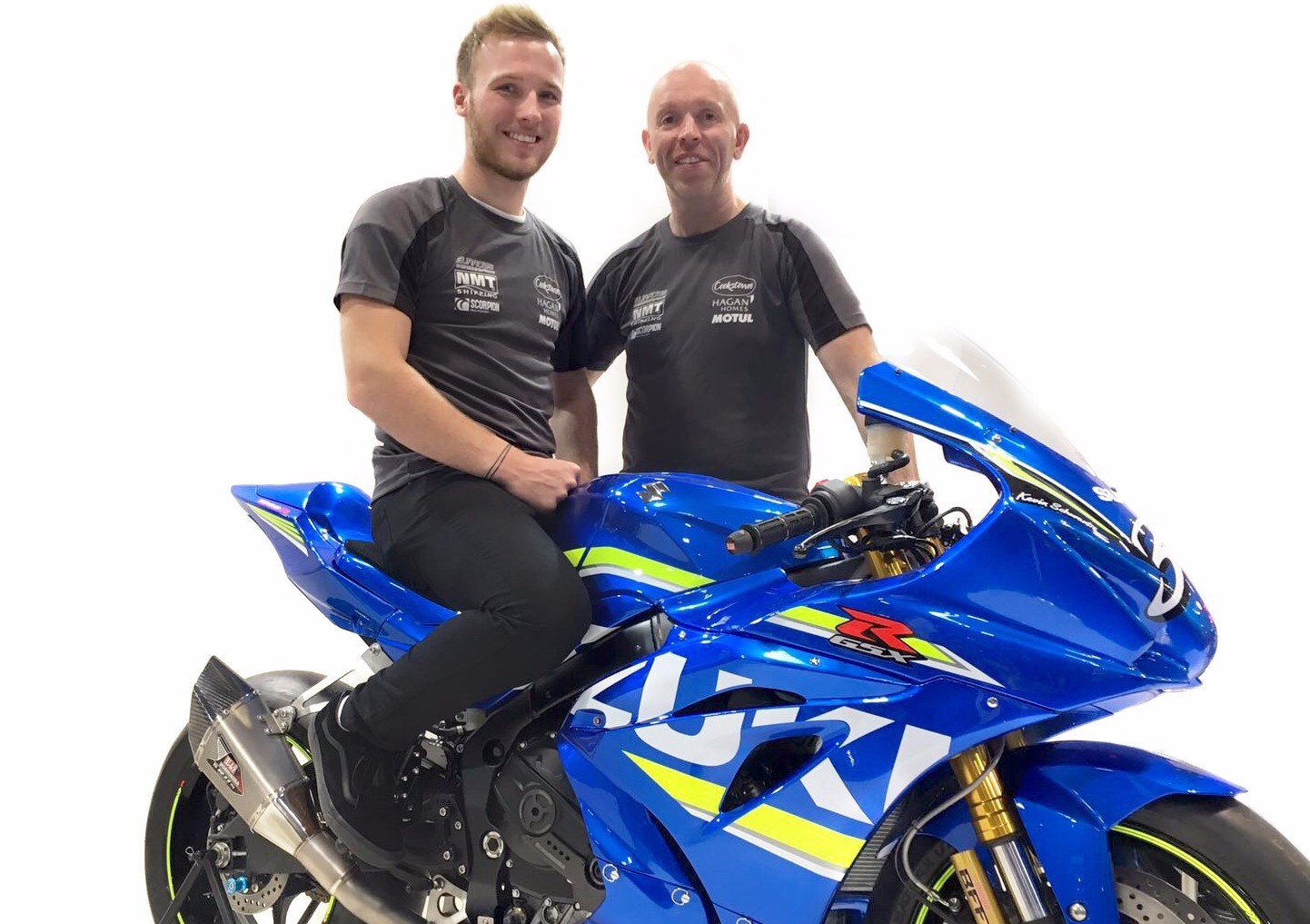 A revelation in his first season of roads competition, Davey Todd’s array of consistently impressive performances have earned him a ride for next year with one of pure road racing’s most highly rated and respected teams, Cookstown BE Racing.

The ex British Superstock 600 Championship competitor since making his roads debut at Skerries, quickly caught the attention of many of Irish road racing’s premier outfits.

It’s fair to say the signing of the rising roads star is a coup for BE Racing, who ran the Armoy Open race rostrum finisher at the newly formed East Coast Racing Festival.

“Davey Todd first caught my eye at Skerries and then his talent stood out a mile at Armoy.

He rode for us at Killalane where a slow speed crash ruled him out of a top three Superbike finish and the weather robbed him of the chance to shine in the Super twins race after impressive practice times but he had done more than enough to make me want him to join the team for 2018.

We are a proven team when it come to nurturing talent and I’m excited to have the chance to bring new blood through to the top level of road racing.”

“We have done it before with the likes of Dan Kneen and we will try to make Davey just as successful but without putting undue pressure on him.

I’m confident we will have another great year with Derek and Davey in the saddles and increased involvement from Suzuki as well as continued support from Cookstown.” 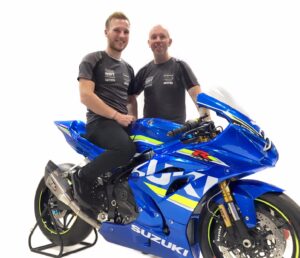 Team newcomer Todd, who will pilot a current generation GSX-R 1000 Suzuki next year at all Irish national meetings, beginning with the Cookstown 100 stated:

“This is the opportunity I have been waiting for and I’m very grateful to John Burrows and his team for giving me this shot! I know I’m joining a very professional team with proven competitive machinery so I’m very excited about my prospects for next season.

In the Irish National Championship, I believe with the backing I’ll have I can be at the front on a regular basis in the Superbike, 600 and Super Twins classes.”

Adding his thoughts on tackling next year for the first time the TT Races and North West 200, plus returning to the MCE Insurance Ulster Grand Prix, he said:

“On the International front, I’ll be a newcomer to the TT and North West 200 but I’m preparing hard for those events and when I get to them I’ll aim to make progress quickly but stay safe.

I feel I can be competitive at the Ulster where last year I lapped at over 125 mph on a 600 machine and was in contention for top six Supersport results until bad luck intervened.”