Richard Mcloughlin is planning on competing in both supersport races at TT 2015. This years Isle of Man TT provided the R6 Yamaha mounted rider with 64th and 54th place finishes in both Monster energy supersport TT races. 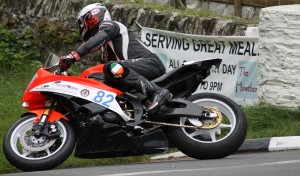 Richard made his mountain course debut back in 2013 at the Manx Grand Prix where he went onto record fantastic fourth place finish in newcomers A race. For TT 2015 he looks set to be competing on a CBR 600 Honda backed by Auto tech motor repair centre.

Plus alongside his second time competing at the Isle of Man TT returns to Cookstown 100 and Tandragee 100 are set to happen as Richard plans to begin the 2015 road racing season with top results.

Debut around Oliver’s Mount could also be on the cards for the ambitious road racer who has the talent, ability, ambition and determination to secure standout results at every road race which he competes at in 2015.