Ian Bell and Carl Bell are aiming for top results at next year’s Isle of Man TT. Ian returned to the most famous road race in the world in 2014 for the first time in ten years as son Carl made his TT debut as passenger in both sidecar races. 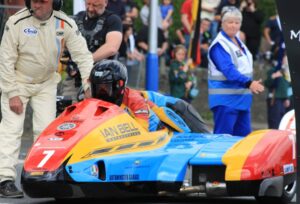 Although not finishing Sure sidecar TT race 2 it was still overall a hugely positive TT 2014 for Ian and Carl who are set to compete on a new LCR built outfit at TT 2015. 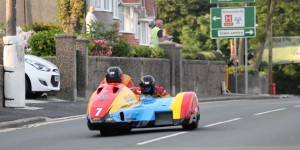 Alongside TT 2014 this year has seen Ian Bell prove again why he is considered to be amongst the best sidecar drivers of the last twenty years around Oliver’s Mount. Wins at the Ian Watson spring cup road races, cock of the north road races where backed up by two wins at the prestigious Scarborough gold cup.

Add in opening sidecar race victory at Southern 100 it proves that the 2014 road racing season was a highly successful one for Ian Bell and Carl Bell. 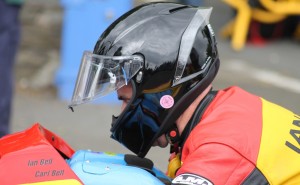 Sidecar races at TT 2015 are shaping up to be the most competitive for many years. Ian and Carl are confident of pushing for standout results and without a doubt there is every chance of podium finishes been secured.