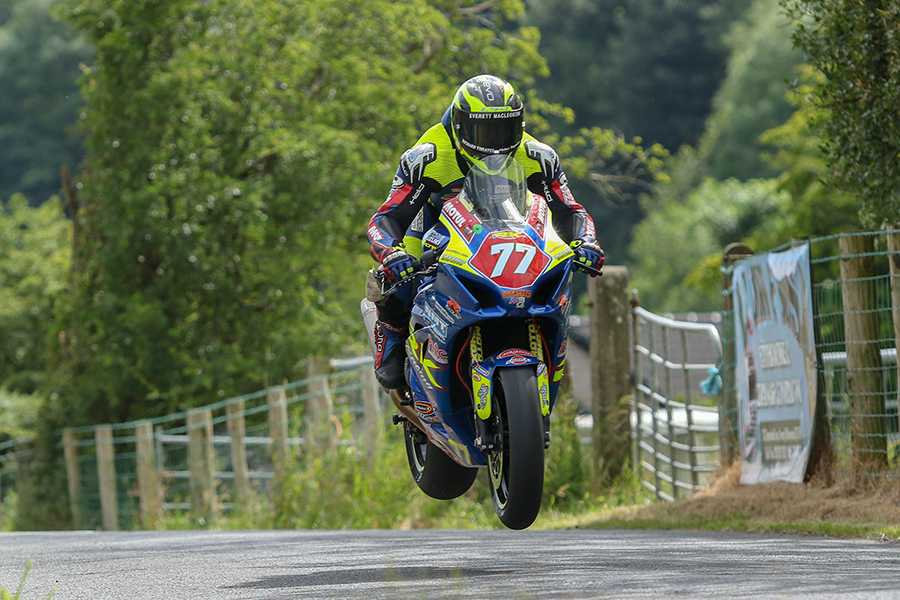 After his exploits aboard the Michelin supported YZF R6 Yamaha, Weeden’s attention then turned towards 1000cc competition aboard the BE Racing In Conjunction with Richardson Kelly Racing GSX-R 1000 Suzuki. 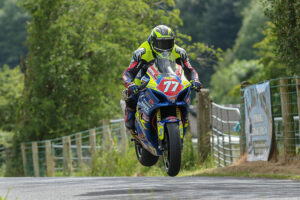 He would go onto acquire 14th, 13th place finishes within the Open Championship, ‘Race of Legends’ encounters, along the way registering a best lap time of 1 minute 49.041 seconds.

“It was my second time at Armoy but with the race being rained off last year I hadn’t done that many laps overall.

I was feeling a little rusty because it was my first time back on the bikes since the TT, so I was happy enough with a couple of top ten finishes on the 600 Yamaha.

I decided to ride the Yamaha in the Superbike free practice session on Friday because that was the bike I’d be riding first in Saturday’s race, so we were maybe lacking some laps on the Suzuki GSX-R1000.

But overall I was satisfied with how things went. The Ulster Grand Prix is my next race and I’m really looking forward to racing again at Dundrod because the fast and flowing nature of the course suits my style.”

“I was happy with Tom’s performance on Saturday and he finished tenth in both Supersport races, plus his times were relatively good.

He was really pleased with the Michelin tyres, which were working very well. He’s looking forward to the Ulster Grand Prix now which will be his next race for us.”