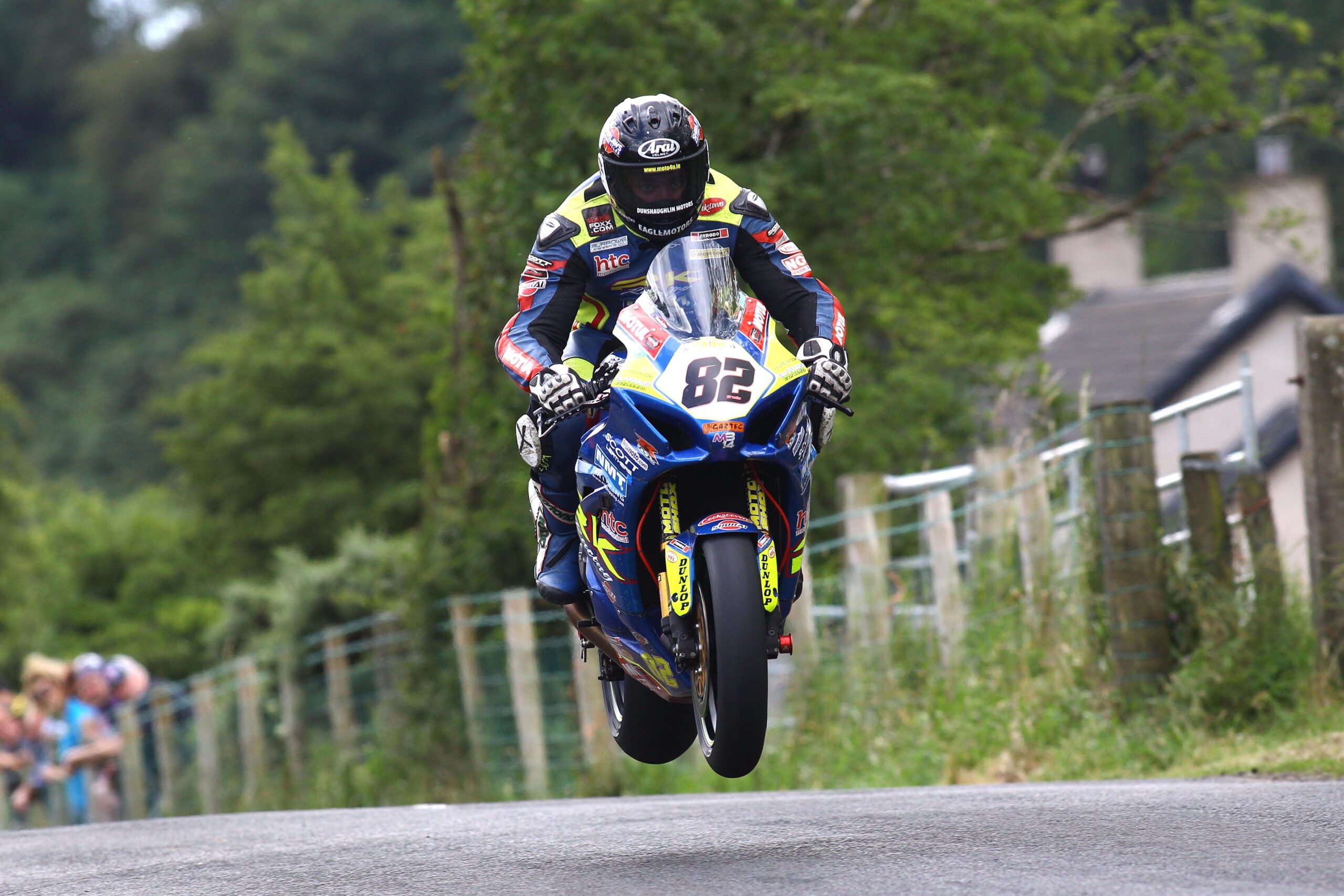 Series of second place finishes in the Open Championship, feature Race of Legends encounters at Armoy, was more than enough for BE Racing In Conjunction with Richardson Kelly Racing’s Derek Sheils, to consolidate 2019 Ulster Road Race Superbike Championship success.

Now four times an Ulster Road Race Superbike champion, it shouldn’t be underestimated how big an achievement this is from a racer, who’s now widely regarded amongst the leading Irish Road Racers of his generation.

“I was a bit frustrated in the ‘Race of Legends’ race because I couldn’t get past Derek McGee until it was too late, which allowed Michael Dunlop to establish a bit of a gap.

Derek was braking as late as I was into the hairpin in the village, which ruled out any passing opportunities there without running wide.

It’s one of the main passing areas on the track, so that’s what made things difficult. I think Michael might have had a bit of an edge on power over me and probably Derek as well, because they were able to drive past me on the run over the start and finish line.

When I got past Derek I set the fastest lap overall on the last lap and I wasn’t over-pushing things because I knew I wasn’t going to catch Michael, although I made a bit of ground on him.” 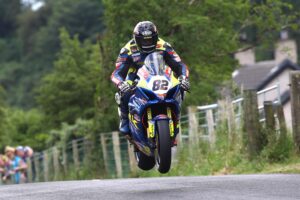 “I think I was about a second-and-a-half quicker per lap once I got past McGee, but that’s how it goes and I’m happy enough with two podiums.

We made a change for the final race with the suspension and it worked, so it’s just unfortunate that I wasn’t able to run my pace until it was too late.

In the Open race myself and Derek were maybe holding each other up a bit and at one point he had a bit of a moment and I had to shut the throttle, so that probably let Michael get away again.

In saying that, I don’t think I had the pace in that race anyway to trouble him because we weren’t just completely happy with the handling of the bike.”

“Derek rode strongly once again and showed the form he is in at present with two runner-up finishes. He seemed to have more pace than Derek McGee and was only beaten by Michael Dunlop, who has an excellent record at his home race.

In the ‘Race of Legends’ Derek wasn’t able to get past McGee as quickly as he would have liked and Michael opened a gap after putting in a couple of fast laps.

By the time Derek got through to second, there was no chance of reeling Michael in, but he set the fastest lap of the day once he had clear road ahead of him and showed he had good pace.

If Derek had managed to get past a bit earlier then maybe he could have given Michael a race, but all credit to Michael because he was riding injured and he’s now won the big race eight times in a row.

Derek also finished second in the first Superbike race but he wasn’t completely comfortable on the bike and we made some changes for the feature race.

I’ve got to say a big thank you to Mark Arnott for that because Mark came on the phone and steered us in the right direction even though he was on his holidays in Spain.”

“Derek also wrapped up the Ulster Superbike Championship for the team and we’re pleased to have that title back after Derek missed a few races last year.”