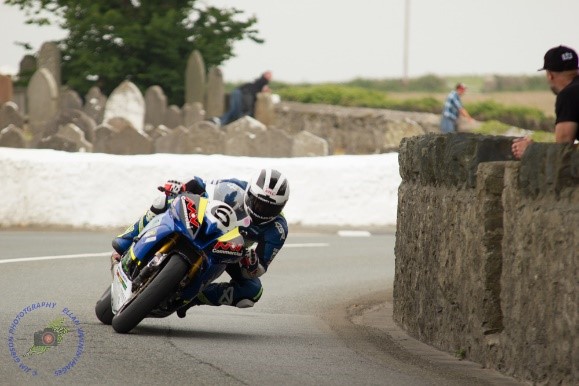 The traditional post TT racing was dominated by William Dunlop. A few were surprised to see him competing after his retirement from the Senior TT the previous day, but he didn’t disappoint his fans who had turned up at the 4.25mile circuit just outside Castletown.

The main concern for the competitors and fans was the weather. Rain had been predicted for the meeting and despite it being quite over cast it did stay dry which led to some good racing.

During practice session it was clear William the one to beat, constantly recording the fastest lap times in all the sessions he took part in.

Racing started at 17:22 the first run out was in the 8 lap CUplas Callow 600cc race. As expected Dunlop led from the start, pressed by Jamie Coward and Robert Wilson.

Race 2 was the 6 lap UHY Crossleys LLC 250/650cc Race, and as expected was fought out between James Cowton and Jamie Coward, with the former rider coming out on top.

The riders swapping place through the race till eventually Cowton made the break on the penultimate lap winning by a margin of 2.8 seconds. 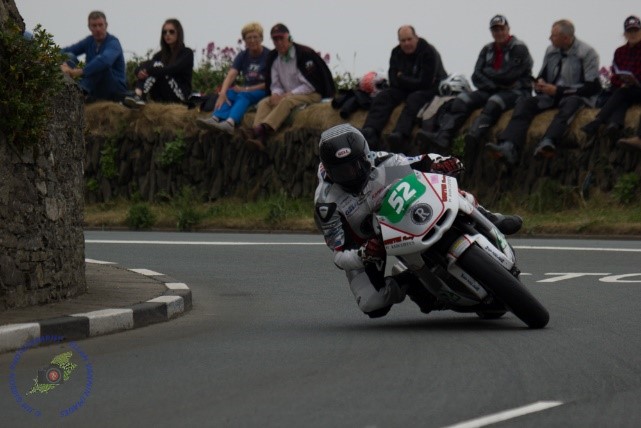 This win was especially pleasing to James as he was still recovering from his spill at the 11th milestone on the previous Wednesday.

The battle for 3rd place was no less fierce with Rob Hodson, Adrian Harrison and Andy Dudgeon all vying for the final podium place. The honours went to Rob but only by 1.5 seconds.

Final race of the day was the 8 lap Manx Independent Carriers 1100cc Race. This time it was totally dominated by William Dunlop, his winning margin was over 28 seconds, with his average speed in excess of 2.7 mph faster than the next best rider. 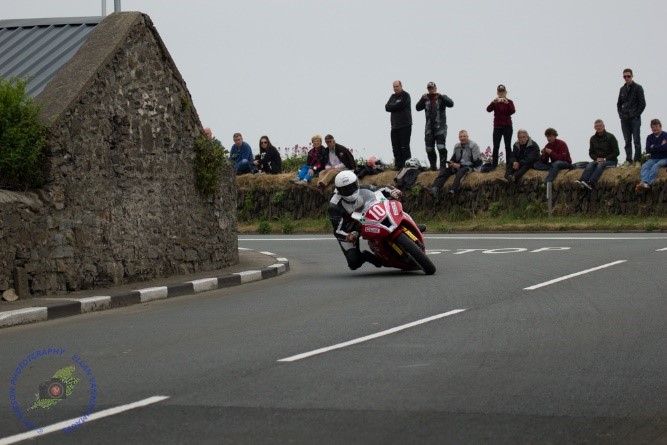 Ryan Kneen, Rob Hodson and Mark Parrett fought for the other places, with Parrett just losing out to the other 2 riders, Kneen taking 2nd, Hodson 3rd.

Once again the Southern 100 club held an excellent meeting just as they had for the Pre TT just a couple of weeks earlier.