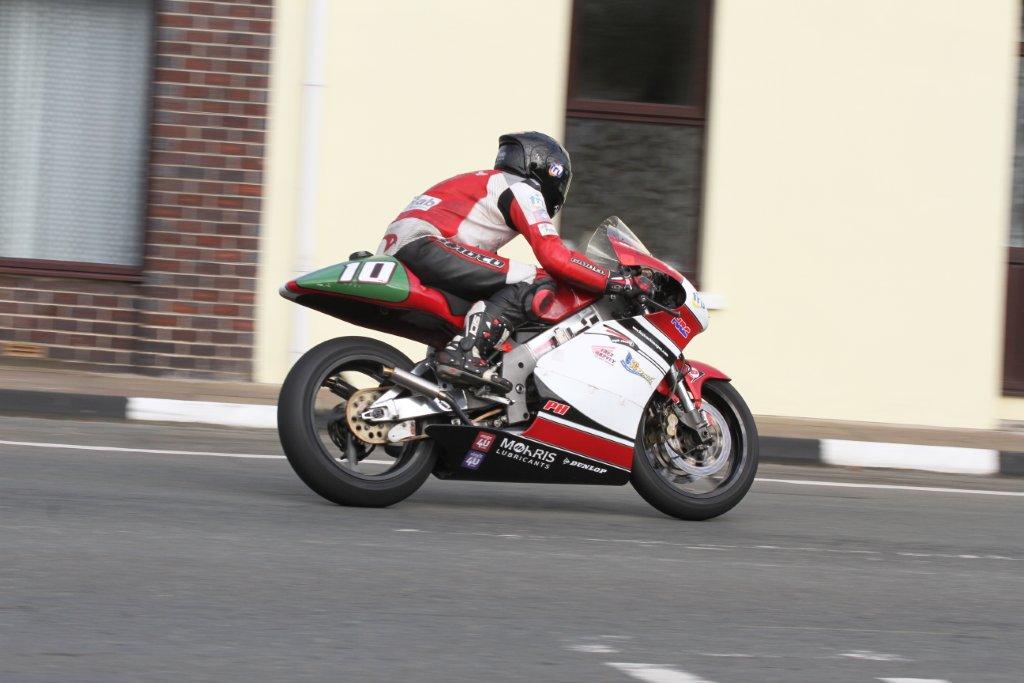 A North West 200 and Manx Grand Prix podium finisher, plus a race winner at Oliver’s Mount, Phil is regarded amongst the sport’s leading 250 competitors.

Prior to the Lightweight Classic TT, many including myself where tipping Phil to be a definite contender for a podium finish.

In a race which saw him lap along the way at 112.781 mph, he produced a highly accomplished all round performance around the Mountain Course, to finish a quite brilliant third on his own teams CSC Racing backed RS 250 Honda.

This is his first podium secured on the most famous road racing circuit in the world, since he finished runner up in the 2011 Super Twins Manx GP. 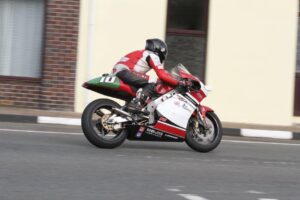 Commenting on his expectations, prior to achieving his recent momentous feat, Phil said:

“I knew if everything went good it would always be a race for the 3rd place on the podium, Ian and Bruce just had that advantage over the rest of the field.

Practice went to plan and we just needed more Laps to prove the handling, Bob Pattison who does my engines built me one of the fastest motors and I just needed to get it sorted and point it the right way, so I think I was quietly confident of what I had.

Even though on the morning of the race we were still changing and gambling on suspension settings, carburation was on the button.”

When asked if it meant more to him, than the podium finish in the 2011 Super Twins Manx GP, Phil stated:

“This podium was a true reflection of the result and did mean much more, we should have had the MGP win and only then would that have equalled this Classic TT podium, and I was also in 3rd position early before breakdowns so nothing was gifted.”

One of the highlights of this years Classic TT Races, was seeing a pretty much full grid of two stroke machinery on the start line, for the Lightweight Classic TT. 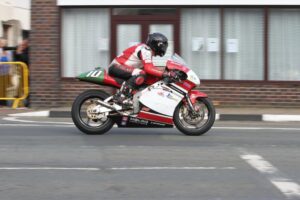 Commenting about this topic, Phil said:

“The 250 grid was brilliant, I broke down once in the week and it was a great to see and hear the bikes on the pipe. To keep the class alive we need parts and deeper pockets, not sure how this will work out because the bigger budget teams will just clear off.”

My final question to Phil following his maiden Classic TT podium placing, was around how the atmosphere of the Classic TT Races, compared to the Isle of Man TT.

Phil’s opinion on this is:

“I like the Classic TT and we always have a quiet team setup and keep our selves to our selves so we don’t lose site of what we need to be doing and both events are treated the same, but you can’t take away the buzz and focus of the TT. The range of the bikes is bigger, but to the general public they only know the TT.”