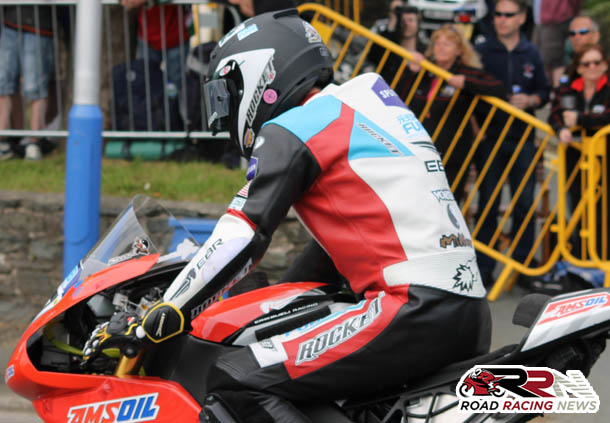 Widely regarded as America’s best TT Races exponent of the 21st century, Californian Mark Miller enjoyed many a tumultuous feat at the world’s most famous road race, including joining the TT winners circle in 2010.

Prior to Zero class success with Motocsyz in 2010, Miller first tackled the TT in 2006, competing at the time for TAS Suzuki.

Amongst the leading Mountain Course debutants, he went onto secure respectable 26th, 25th place finishes within the Superstock, Senior races.

After not finishing any of the four stroke races at TT 2008, TT 2009 saw a major upturn in fortunes for Miller, who had linked up with the esteemed WA Corless Joinery/Jackson Racing team.

Going onto bank two top 12 finishes, including an excellent 11th placing within the Dainese Superbike encounter, he firmly showcased that he was now an established high level exponent of the fabled, mythical Mountain Course.

As aforementioned 2010 TT competition would yield a famous Zero class success as he become the first American racer to win a TT affiliated race, on an American made motorcycle.

Miller’s prodigious partnership with Motocsyz would go onto yield a further two TT podium finishes, with respective second, third place finishes in the innovative Zero class recorded in 2011 and 2012. 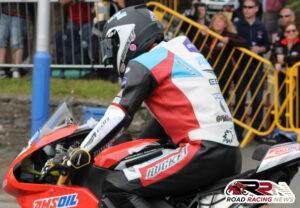 TT 2015 saw him acquire a new personal best TT result outside of electric machinery based competition, following an impressive ride to eighth in the Bennetts Lightweight race, finishing in front of the likes of Connor Behan, Danny Webb, Derek McGee, David Johnson and Jamie Coward.

Additionally within his distinguished 11 years of Mountain Course action, a top five finisher at the Classic TT Races, the affable Miller has established his own unique place in American motorsport’s history.

Miller though is one notable exception and one that can boast of standing on the top step of the podium, at what is for many the world’s greatest motorsport event.