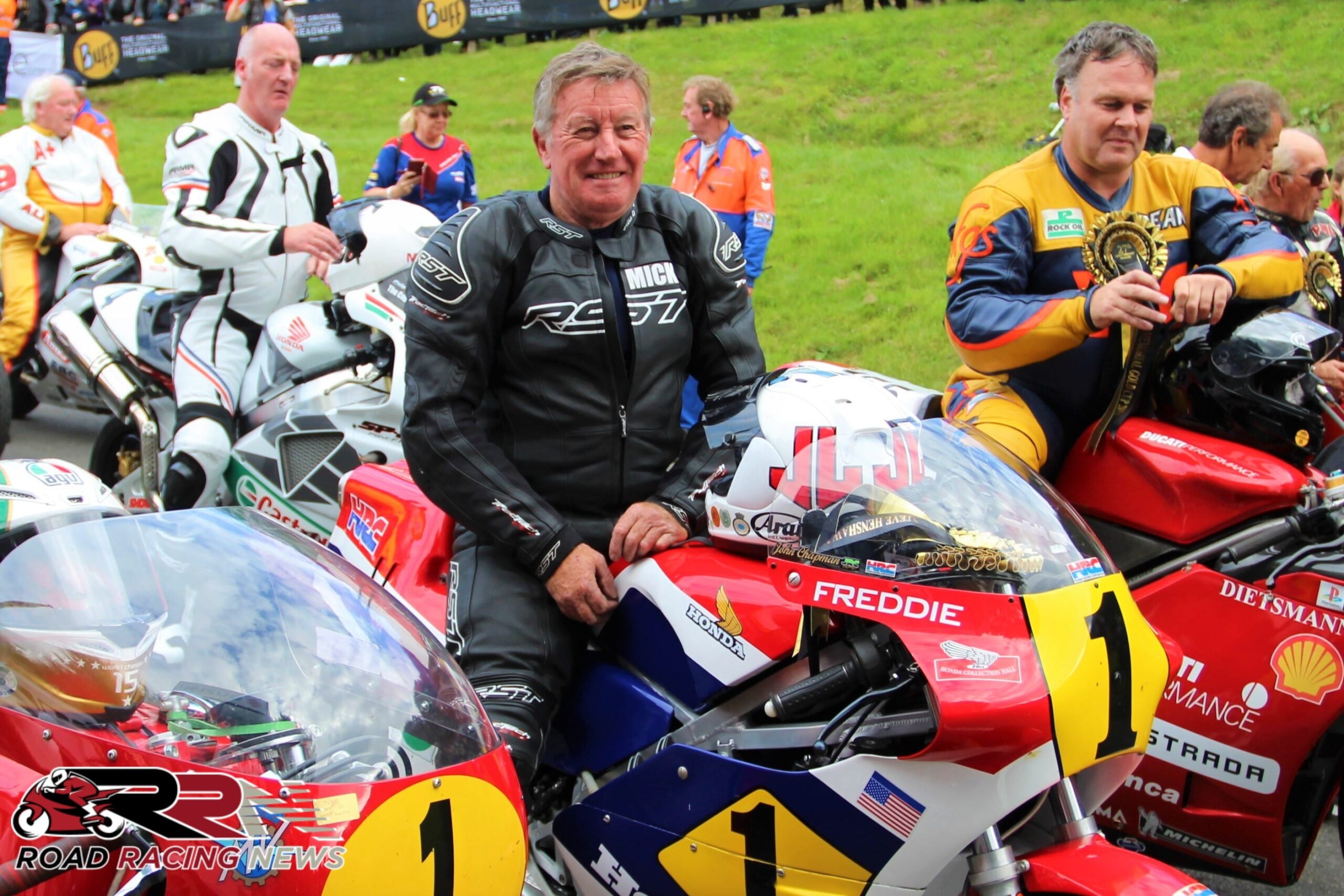 Senior TT winner in 1975 and 1981, Macau GP winner in 1977, Scarborough Gold Cup winner in 1980, the motorcycle racing legend that is Mick Grant is the next racer to take part in Road Racing News, growing in popularity Oliver’s Mount Top 8 series.

Overall seven times a TT winner, plus a 250 Grand Prix victor at Assen and Anderstorp, the Yorkshire roads great answers to the Scarborough themed set of questions, is as follows:

“Well first of all I was in short trousers and Geoff Duke was riding around. The Sidecars were actually motorbikes with sidecars bolted onto them, and I remember watching at the Esses on the top, them all going sideways, seeing names well forgotten now like Jackie Beeton, lots of racers like that.

Jack Brett was there on the 500, in fact I decided at that point that I wanted to go racing motorbikes, so Scarborough’s responsible for it all.”

“That’s a difficult one, it’s going to come up again in the other questions, the favourite part is it’s completely different from anywhere else.

Circuit wise, it’s just a lovely thing to go round, I’ve always enjoyed it. In my career when I was racing we had to do circuits and road racing, I must admit Scarborough was always one of my favourites.”

“I used to love the Jump, but it’s no longer there, cause there’s obviously now a chicane! Farm Bends.

“It hasn’t happened yet, I’m hoping we’ve all got big smiles on our faces on Sunday night.” 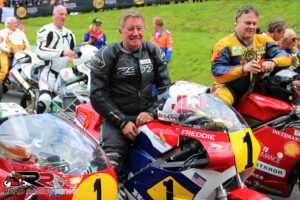 “It was Jarno Saarinen, Jarno he only came here once, I raced against in Grand Prix’s, he was on a different level, his bikes were better but he was a lot faster.

I honestly thought that I’d got the beating of him here, and I hadn’t I finished second to him. Unknown to me he’d done dozens, dozens and dozens of laps here before the meeting started, but that’s what being a professional is all about.”

“Well I’ve already done it, I think the 750 Kawasaki was probably the most memorable thing I’ve raced around here.”

“That would have to be Sheene (Barry). We had a lot of respect for one and other, we raced hard but it was always good fun.”