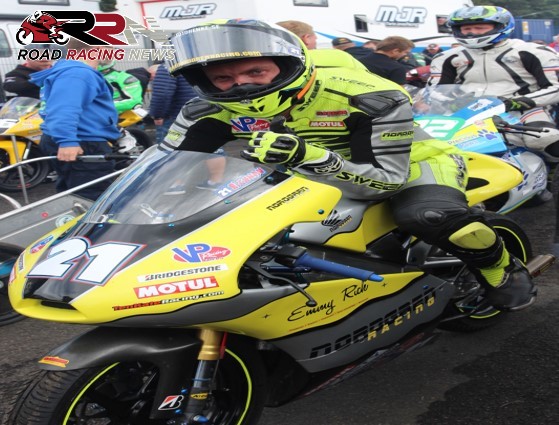 Established amongst Sweden’s leading pure road racers, Nordgren Racing’s Anders Richnau who back in September made his first trip to Scarborough, is the next racer to take part in Road Racing News acclaimed Oliver’s Mount Top 8 series.

A top 10 finisher within the 68th Gold Cup meeting, his answers to the Scarborough themed set of questions are as follows:

“My first memories of Oliver’s Mount is from viewing You Tube videos like seeing John McGuinness doing the ‘Biaggi-wheelie’ over Jefferies Jump and videos of riders bumping into each other on the first turn of the races into Mere Hairpin.

Afterwards I did think it was one crazy race over in Ireland and maybe not some race I would like to do. It was later that I did learn that its a race in England and a race I wanted to do.”

“Its history and the atmosphere. Racing at the mount your surrounded by nature and the spectators are so close around the course. Plus everyone is so friendly and helpful.”

“I liked the run up Quarry Hill section and the flowing corners after.”

“Best moment for me so far is just to have been there. It was one of the races I did have on my bucket list to compete at. To have taken the chequered flag made me almost scream inside my helmet with happiness!” 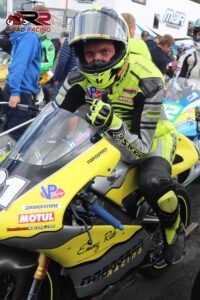 “Ian Lougher. Can’t believe how many races he has won there!”

“I really like the bike that I race now. I just would like to have done some more laps around the Mount to have learnt it better and got up to speed quicker.

But if I need to race on one other bike it would be nice racing a 250GP bike or maybe on a Krämer or the new Aprilia 660.”

“Respect all road racers that race here! Everyone is a hero! I’ve also got a lot of respect for the local riders, fans there, given how much they know about racing around the Mount.

They know every bump there is and to tell its history of all the races and riders that have competed there.”