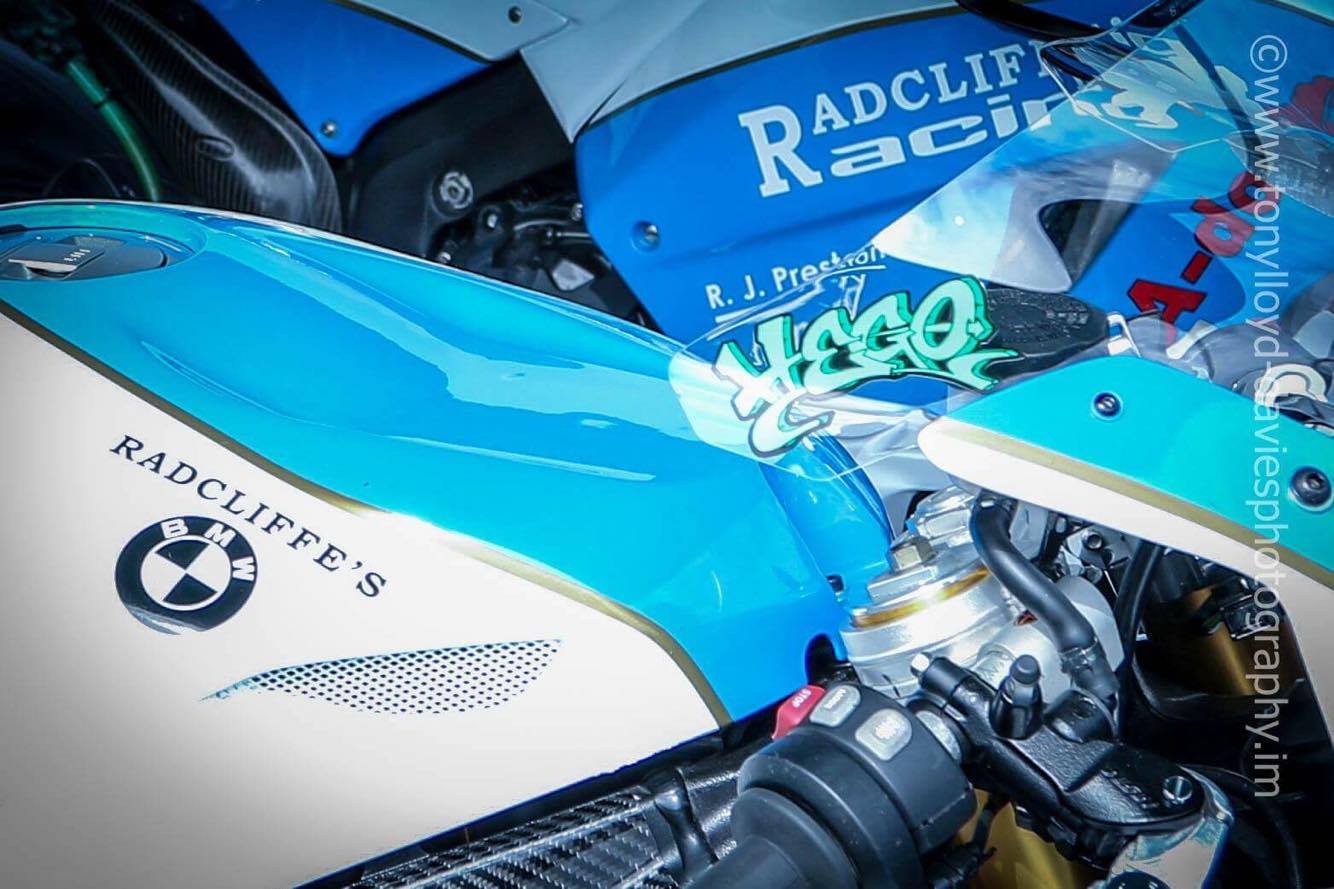 Radcliffe’s Racing’s slick new colour scheme for their machines, was showcased for the first time yesterday at Jurby, as Dan Hegarty gained his first laps on the teams CBR 600 Honda and S1000RR BMW, in preparation for the Scarborough Gold Cup.

The test which lasted three hours, saw Dan make adjustments to both of the Radcliffe Racing mounts, the TT privateers champion is confident with a few more tweaks that the bikes which are sporting now a turquoise blue and white colour scheme, are front running material around Oliver’s Mount.

Established now as one of the leading lights of the iconic road race circuit based in Scarborough, it would not surprise anyone if Dan becomes the seventh different winner of the Steve Henshaw international gold cup, during the 2010’s.

Bob Smith Spring Cup success at the Barry Sheene Festival Powered by Suzuki, underlined his prowess around the mount, as he mastered wet, damp conditions on the RTR Motorcycles Racing ZX10R Kawasaki. 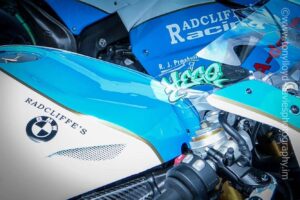 Commenting on his first outing at Jurby on the Radcliffe’s Racing CBR 600 Honda and S1000RR BMW, Dan said on his Facebook page:

“First test on the Radcliffe’s Butchers bikes could not have gone much better for us today.

The weather came out, the bikes were fantastic, the team were on fire and giving me everything I could ask for, bacon, coffee and the works! Looking forward to my next ride on them at The Gold Cup at Oliver’s Mount, Scarborough.”