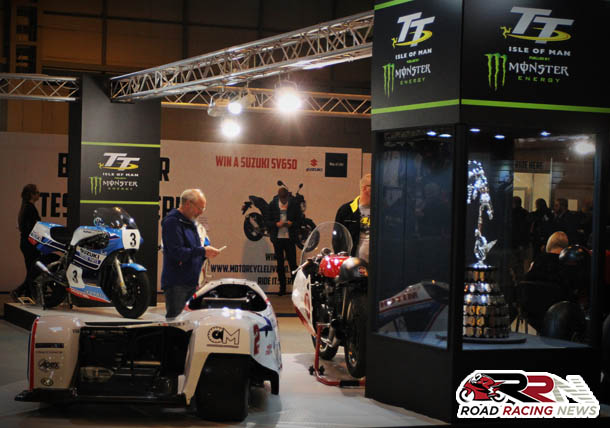 This years Motorcycle Live event at the NEC, provided pure road racing fans a plenty, with a great variety of roads aspects, which included multiple TT winners in attendance, winning bikes from TT 2016 on show and manufacturers showcasing their prospective 2017 roads mounts. 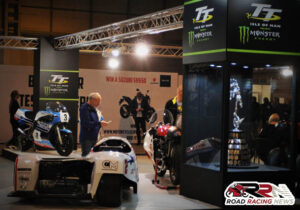 Highlighting the slogan, “Live It, Breathe It, Love TT” the TT Races stand, although in my opinion of a minimalist nature, provided positive publicity in abundance, for the most famous road race in the world.

Let’s be honest there was not many announcements about next years road season, at Motorcycle Live. 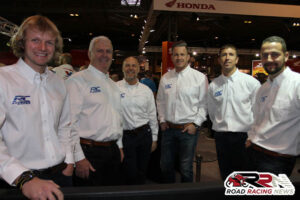 The primary major news from the NEC, included RC Express Racing’s 2017 rider line up, which consists of Lightweight TT winner Ivan Lintin and Steve Mercer. We also found out who Dave Molyneux’s new passenger would be for TT 2017, TT Races newcomer Harry Payne.

The only Classic TT news was Michael Dunlop would be piloting a GP Gilera replica next year, as part of commemorating Bob McIntyre’s historic first lap speed in excess of 100 mph, on the Mountain Course, back in the 1957 Senior TT.

Summing up from a real road racing perspective, the 2016 edition of Motorcycle Live, is that the positive’s where the atmosphere around the TT stand, plus the iconic machines and TT stars in attendance.

Looking at it all from another perspective, I have to state on TT day, last Sunday, it felt at times a bit flat compared to last year, where more riders attended plus series of high profile announcements, where made.