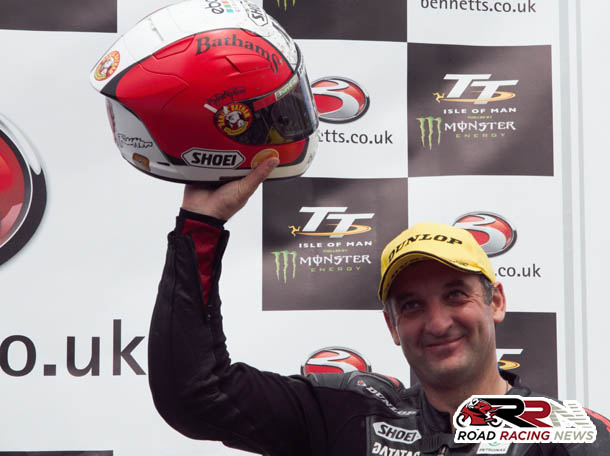 Whenever I read for the first time an autobiography on an established, multi World Championship, TT winning, International Road Race winning racer, I anticipate various aspects; great detail about their careers, their persona away from the race track, how they became so successful at their chosen profession and why, in their own words, they are racers whether on circuits, on the roads or at hill climbs.

Michael Rutter – The Life of a Racer covers all the aforementioned topics and much, much more.

It has been a great privilege (huge thanks to John McAvoy for providing me with a copy) reading through the autobiography of the seven times TT winner, 29 times British Superbike Championship race winner and now nine times a Macau GP winner.

Reading the first few chapters and you realise the influence his Dad, four times World Champion Tony Rutter, had on his future racing career. Extremely candid about the Father and Son relationship throughout the book giving a sense of what it is mentality and bike racing from the inside looking in with no caveats, excuses, just authenticity. 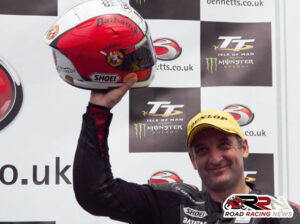 I also gained greater emphasis on the rider behind the visor. Often referred to as genial, Michael Rutter is unquestionably one of the most respected, acclaimed and highly regarded International Road Racers of his generation.

Michael has raced against a who’s who of road racing. ‘The Life Of A Racer’ includes many a fascinating and impressive stories about racing; experiences alongside legends such as Shane Byrne, Steve Hislop, Ryuichi Kiyonari, Ian Simpson, Jim Moodie, David Jefferies and 26 times TT winner Joey Dunlop.

In particular for me, the story involving a race long battle with Joey at TT 2000, during the Senior Race which ultimately proved the legendary Ballymoney racer’s final laps of the Mountain Course, are a must read for all pure road racing, two-wheel racing fans.

Outside of the great races, the challenging times, the tough times, the character building times, are various hilarious stories, tales with famous musicians, racing drivers, a bear going near him whilst in the USA and wearing a Simpson’s themed helmet for a season!

There is so much to enjoy about the book, reading it for one minute becomes three, then five, then 15, then before you know it an hour, you cannot put it down. It is this type of publication that gets a hold on you, not for drama but for reality, it is the complete, appealing ‘The Life of a Racer’.