It’s been an unpredictable year of pure road racing for Michael Dunlop.

In grand final he crashed out of contention, having taken race lead from Guy Martin. 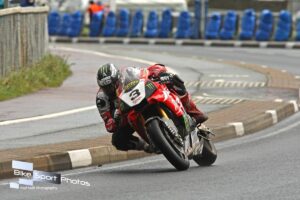 Opening international meet of the season Vauxhall International North West 200, would prove to be a testing one for the ultra determined rider.

Main highlights where second place finish in opening supersport race, plus battling fourth place finish in superstock race, extracting the maximum out of the all new YZF R1M Yamaha.

It was clear though going into TT 2015, that for many people the YZF R1M Yamaha, was a good new bike albeit one with teething issues, but was it one that could win on the mountain course?

From Michael Dunlop’s perspective it was not, as he parted company with Milwaukee Yamaha on Thursday of practice week. This decision shocked many people, but in my opinion Michael made the right decision. Having departed from Yamaha machinery he soon moved onto top spec BMW’s in the form of Buildbase BMW superbike and his own teams S1000RR BMW, for superbike, superstock, senior races.

Following the incident it was clear, that rest of race week, was going to be a case of having to go through the pain barrier. Blue riband Pokerstars senior TT, saw Michael again go through the pain barrier, as he finished a more than creditable fifth, along the way lapping at 132.515 mph, to become the new second fastest rider in TT history. 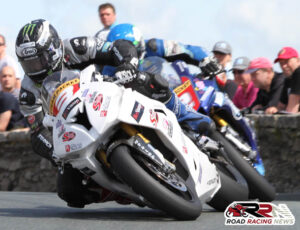 Fifth race of legends victory at Armoy was recorded, following what was arguably his best performance of the season.

Killalane Road Races was next up, showing some of his best form of the season, Michael dominated open and grand final races, as he ended Irish road racing season in top style. You could some up Michael Dunlop’s season in multiple words like challenging, baffling, sporadic. Despite this he’s still shown this year glimpses of genius, eye catching moments and proving that the impossible is possible.

At this moment it seems Tyco BMW and Honda Racing are favourites for Michael’s signature.

With Ian Hutchinson back at his very best and in my opinion now the best road racer in the world, plus Lee Johnston, Peter Hickman, Dean Harrison, James Hillier all moving up a level this year. It’s going to be fascinating to see how Michael responds, with the right machinery, the motivation plus more track time, the potential to dominate is there in 2016.

Michael Dunlop has showed in the last five years, why he is regarded as one of the all time great’s in pure road racing.

All of the all time greats have dug deep to get back to the very top, expect the same from the 22 times international road race winner, next year.