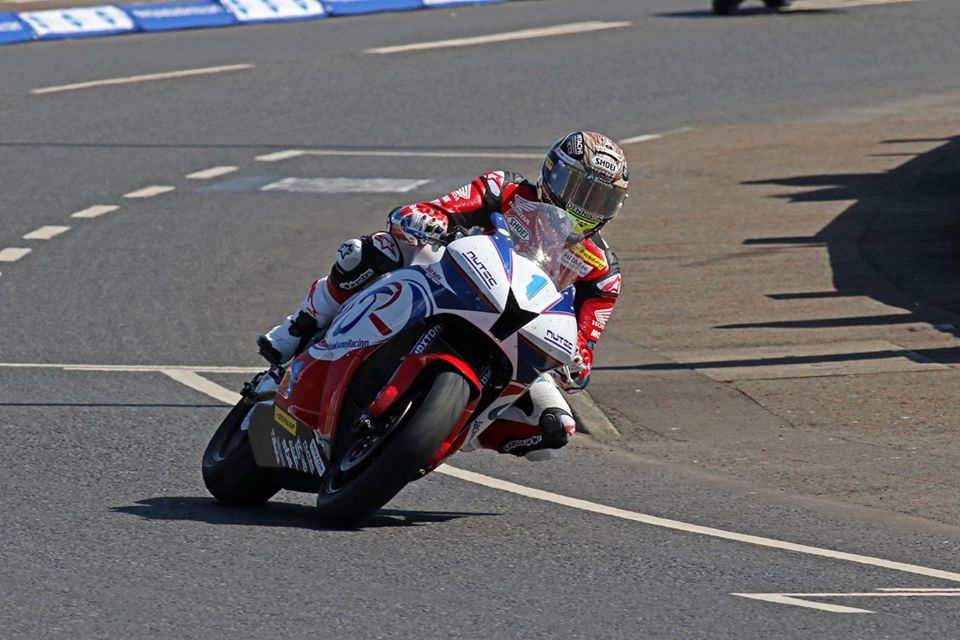 Continuing his battle back to fitness following a high speed incident at this years North West 200, John McGuinness is determined to in the near future return to international roads competition.

23 times a TT winner, in total 33 times an international road race winner, the Morecambe based racer in his roads career which began in 1994 at the North West 200 has on multiple occasions created groundbreaking moments of history. 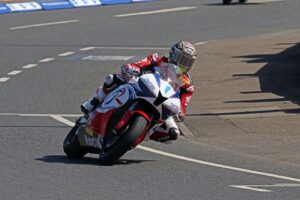 “It has been tough but bike racers are made of different gravy. I’ve done the North West for 24 years and only crashed once before when I slipped off at Juniper chicane in 2004.

There’s no way I want to end my career upside down on a golf course! If I do retire I want to retire under my rules.

The fans I’ve met all want me to come back. I’ve been racing for a long time and I have missed it. I still think I have a little bit left but I don’t have anything to prove.”

Despite what happened last May, it hasn’t dampened in the slightest, the 45 year old’s enthusiasm for the North West 200.

Speaking about the possibility of competing again around the fabled Triangle circuit, plus adding that it’s more likely if he participates next year, that it will be either on Supersport or Super Twins machinery, he said:

“It is possible that I will race at the North West again, in the smaller classes, on a 600 or a Super Twin maybe. The big bikes might just be out of my reach after the injury but we will see what happens.”